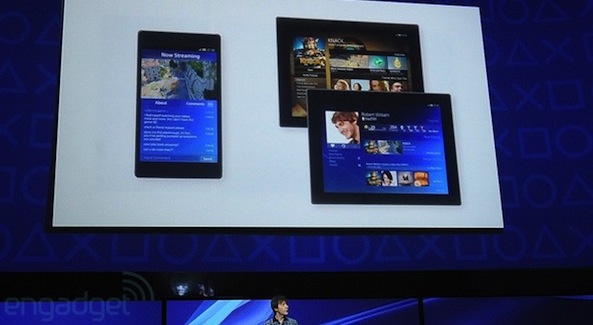 Sony held a pretty big press conference last night, where it talked about its next-generation gaming console. And although the PlayStation 4 itself didn’t actually make an appearance, the company offered a plethora of details about the system.

And shortly after the event, it added to the day’s announcements by unveiling its official PlayStation mobile application. The app, which will land on both iOS and Android, will expand PS4 gameplay by offering a ‘second screen’ experience…

Here’s Sony’s press release on the app (via Engadget):

“A new application from SCE called “PlayStation®App” will enable iPhone, iPad, and Android based smartphones and tablets to become second screens. Once installed on these devices, users can, for example, see maps on their second screens when playing an adventure game, purchase PS4 games while away from home and download it directly to the console at home, or remotely watch other gamers playing on their devices.”

The concept sounds pretty cool. Not only would it be handy for in-game maps and dashboards—which you normally have to pause gameplay to see—but it’d be nice to be able to purchase and download games from your phone while out and about.

Unfortunately, there’s no mention of being able to actually play games on your smartphone or tablet yet. But I’d assume that they’d like to keep that feature exclusive to their PS Vita handheld console, which they talked about quite a bit yesterday.

It’s not known at this time when PlayStation App will become available, or whether it will cost anything, but we should hear more closer to the PS4 release. Sony says that its next-gen gaming system will be ready in time for the holidays this year.