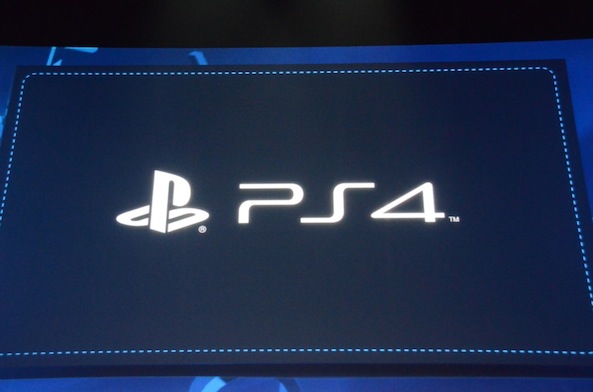 This might seem a bit off topic for iDB, but with growing rumors that Apple’s looking to add apps and games to its set-top box, you don’t have to work very hard to create the connection. Not to mention, we love games too. So without further a do, here’s the PS4…

First up, there’s the hardware. The PS4 is based on a “supercharged PC architecture,” with an 8-core X86 processor, enhanced PC GPU, and 8GB of unified high-speed memory. Sony says its capable of providing almost 2 teraflops of computational performance. 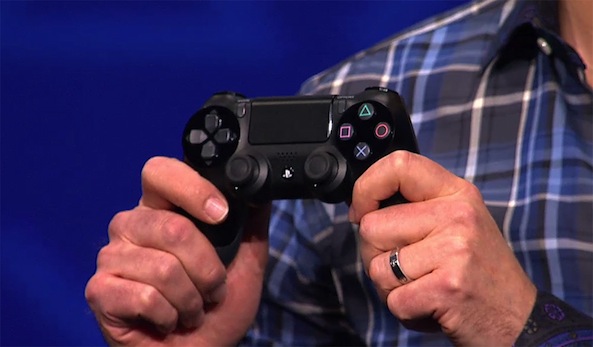 Next, the controller. The system uses Sony’s new DualShock 4 controller with a touchpad, share button, lightbar and headphone jack. The lightbar pairs with a camera system on the PS4 that allows the console to track the depth (distance away) of the player.

As for features, Sony covered a ton of them during its keynote. So we decided to bullet point all of our favorite ones.

After talking about the console, Sony proceeded to bring some 10-15 developers on stage to talk about and demo their games. And while they say they used ‘live action gameplay,’ footage we’re pretty sure that’s not the case. Still, they looked sharp.

So now for the big question, what does the new PlayStation look like? Well, we don’t know yet. Believe it or not, Sony held a 2 hour long event talking about the PlayStation 4, and never actually showed one, or even a picture of one, on stage.

The consensus is that the PS4’s casing and hardware is still very much in the prototype stage, and Sony’s reason for holding its event so early is to get a head start on Microsoft—who is also expected to unveil its next-generation console this year.

This also explains why Sony didn’t announce any pricing details, or availability, outside of ‘Coming Holiday 2013.’

At any rate, the event is over. And we’re dying to know. What’d you think of Sony’s PS4 announcements today?