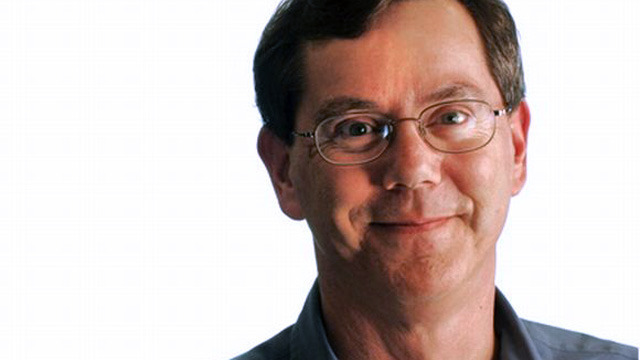 Arthur D. Levinson, former CEO of Genentech and current chairman of Apple’s board, spoke at Stanford’s Graduate School of Business on Tuesday. Art talked openly about a number if interesting topics, and luckily, Fortune was around to write it all down.

Levinson joined Apple’s board in 2000, and was a colleague and close friend to Apple’s legendary founder Steve Jobs. And he says that despite the fact that the company continues to introduce new products, Jobs’s absence still remains tough to ignore…

“Weird.” That was the one-word answer given by the chairman when asked to describe what it’s been like running the company’s board since Steve Jobs’s death in 2011. “I’m still not to the point where I walk into that boardroom and don’t miss Steve,” he said.

In addition to his relationship with Jobs, Levinson also talked candidly about Apple’s recent $54.5 billion quarter, which he says was phenomenal, and offers up some insight as to what role the board plays in the company bringing new products to market.

“So how much input does Apple’s board have in the creation of its new products? Not a whole lot, according to Levinson, though new products are presented to the board between 6 to 18 months prior to launch. If presented early enough, some board insights are taken into account, and those on the board with expertise in certain product areas may have more influence, he added. But while long-term direction and planning fall under the board’s jurisdiction, individual product review isn’t a top priority.”

“The board is not there to define product specs,” he explains. “It’s there as a sounding board. It’s there as a resource. And ultimately, the board is there to hire and fire the CEO.” He says that if it’s a good board, then it won’t get in the way of the executive team.

Steve Jobs actually once publicly mentioned receiving input from the board (via AppleInsider), when unveiling the new iPod nano in 2010. In revealing the small touchscreen device, Jobs noted that one of the members of Apple’s board planned to use it as a wristwatch.

Obviously the idea stuck around.

It’s always fun to hear insider tales from folks that sit within Apple’s walls of secrets. And if board members really see new Apple products 6-18 months in advance, you have to wonder what they’ve been shown lately. The iWatch? A budget iPhone? An Apple television set?