U.S. carrier AT&T today expanded its 4G LTE coverage in several markets and now word has reaches us that the company has signed an interesting roaming deal with The Cloud to offer travelers free access to 16,000 Wi-Fi spots in the United Kingdom. The Cloud is a BSkyB-owned Wi-Fi hotspot provider and the agreement entails up to one gigabyte of free roaming data.

RIM has always bested the iPhone and other handset vendors with reasonable service terms that typically include free or inexpensive messaging and data for BlackBerry users traveling abroad. While Apple’s dealings with the world’s carriers don’t included these benefits, it’s nice that one of the most important carriers globally is now appeasing to its customers with a fair roaming deal…

According to The Next Web, AT&T’s US customers connecting to one of 16,000 Wi-Fi hotspot in the UK will need to subscribe to a data add-on. This means the offering isn’t really free per se because a data bundle costs  money even if access to UK’s Wi-Fi hotspots is being provided free of charge. 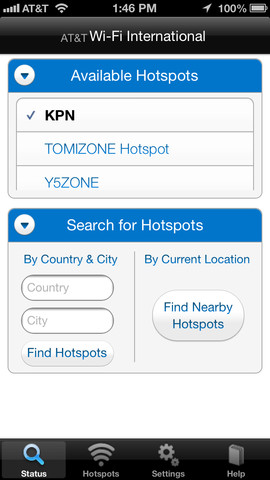 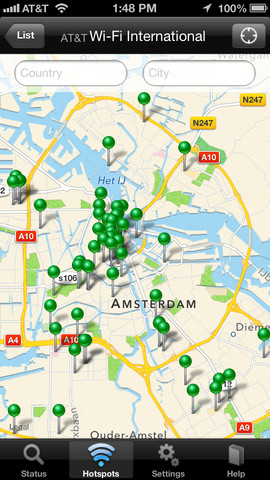 Eligible customers are required to use AT&T’s free Wi-Fi International app available on Apple’s App Store and Google’s Play Store to connect to The Cloud’s 16,000+ locations across the UK.

The Cloud and BT are the UK’s biggest hotspot providers.