LG Display, a major Apple supplier that makes high-resolution screens for the iPad mini, fourth-generation iPad, 13-inch MacBook Pro with Retina display and redesigned iMacs, plans to allocate more than 706 billion won, or approximately $656.7 million, toward building organic light emitting diode (OLED) screens for high-definition television sets by the end of June 2014, according to The Wall Street Journal. The investment will allow LG Display to make some 26,000 sheets per month for customers seeking 55-inch or larger television screens.

The Wall Street Journal explains that LG will make these panels at an existing plant in Paju, a city north of Seoul.

LG Display said it will invest 706 billion won ($656.7 million) until June 30 next year to install the production line and begin mass production by then.

The report goes on to note that LG Electronics, which holds a 38 percent stake in LG Display, beat Samsung in launching a 55-inch OLED TV in January, seen below. 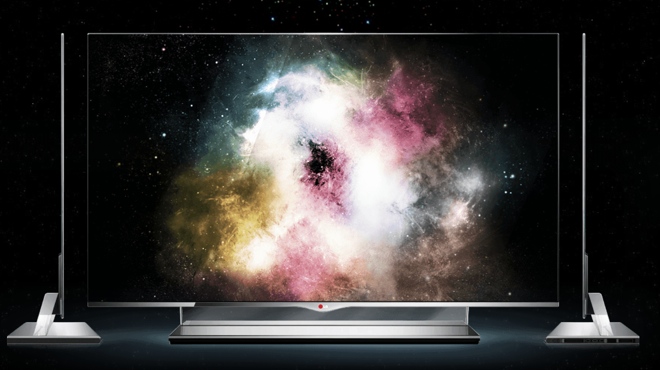 Interestingly enough, a report by Asia Economy Daily, a national daily newspaper based in Seoul, quotes sources who speculate that this may be related to Apple’s iTV, which is rumored to be equipped with an OLED panel.

@m4tt Shocker: an Apple CEO saying one thing and then likely doing the opposite…

While Apple has been rumored for years to be adopting OLED screens, the company has never made the move as most of its desktop and mobile products continue to use LCD technology that incorporate In Plane Switching (IPS), a premium display technology for wide viewing angles.