HTC has sent out invitations for a huge media event tomorrow morning. How huge? Huge enough to spread across two continents. The handset-maker will be hosting simultaneous keynotes in both London and New York.

What’s on the menu? Well, it’s no secret that the company has a new flagship handset in the wings. And word has it that it’s readying a new version of its ‘Sense’ Android shell. But the real question is: does anyone care?

It seems like we’ve said this 100 times, but HTC has done very little to change the conversation. After 6 quarters of reporting declining profits, and years without a hit device, a lot of critics think it’s on the verge of bankruptcy.

Can it throw some cold water on the fire tomorrow? It’s doubtful. The rumored HTC One handset will seemingly do little to differentiate itself from the rest of the Android pack, with a 4.7-inch HD display and other ‘me-too’ specs. 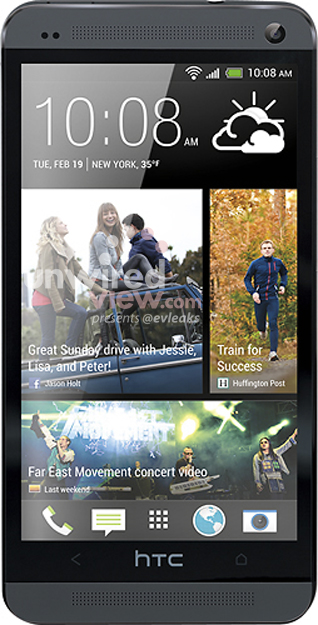 Also, a lot of folks have commented that it looks rather similar to another popular handset. I think it looks more like BlackBerry’s new Z10. But either way, as you can see in this shot from unwiredview, it doesn’t look original.

Regardless, this still makes 3 new flagship smartphones from 3 of the top 6 manufacturers in as many months. Samsung’s expected to unveil its Galaxy S IV on March 14, and BlackBerry’s Z10 is still rolling out around the globe.

When will Apple fire back with a new handset? Well the last two years, it’s unveiled its new smartphones in the fall. But rumor has it that it’s moving things up this year, and we could see a new iPhone model as early as this summer.

Anyway, back to HTC. We’ll be keeping an eye on tomorrow’s event and will be sure to report back with anything of note. But let’s just say we’re not expecting to be blown away.

What do you think, are you excited for HTC’s big event tomorrow?