Wunderlist to-do and reminder app by Berlin-based startup 6Wunderkinder landed on the iPhone two years ago. It has expanded since to Android devices, as well as to Mac and Windows PCs. So far, the program has been named the iPhone App Of The Week in 104 countries.

Today, developers announced a major new version, a universal binary that now natively runs on all form-factor iOS devices, including iPads. The app features Facebook Connect, lets you share your to-dos and reminders, supports recurring tasks and subtasks, notifications and seamless cloud sync across all your devices…

Much of the code handling transitions and animations has been rewritten with Retina devices in mind and the overall performance and snappiness has improved noticeably.

The Detail View now sports a whole lot of additions, like Reminders, Recurring Tasks, Subtasks and Notes, with more functionality coming “in the near future”. 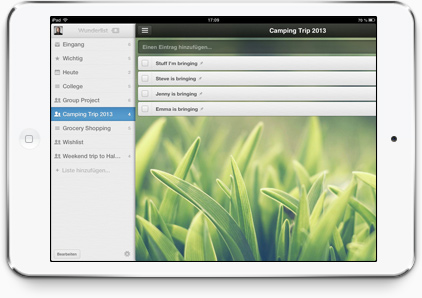 The Activity Center gives you a quick overview of your Wunderlist account and collects all your activity, including push alerts, list invites, edits and updates in your shared lists. 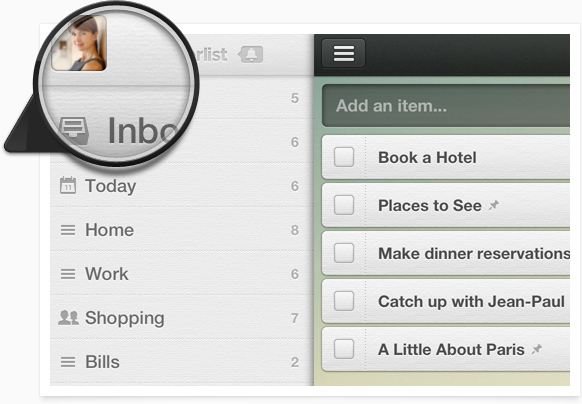 Just like Sparrow, Wunderlist uses your Facebook credentials to auto-complete when emailing or sharing a list with friends and colleagues (in addition to easy service sign-ups).

Here’s a promo video for Wunderlist 2 for iPhone, launched a month ago.

And your quick rundown of the key improvements:

• Activity Center – The Activity Center provides you with a complete overview of all your Wunderlist activity within the app itself. It is easy to see who has sent you an invite, who has accepted an invite and who has made any edits to a lists etc.
• Notifications – In addition to the Activity Center you can further customize the way you want to be kept informed. Depending on your preference you can also receive updates via push or email notifications.
• Sharing – Thanks to the integration of your iPad’s Address Book and Facebook account all your contacts are just a couple of clicks away.
• Reminder, Recurring tasks and Subtasks – The Detail View includes Reminders, Recurring tasks and Subtasks, as well as Notes. Even more features will be added here in the near future.

If you are already using their previous Wunderlist HD app, you should first synchronize your account before logging into the same account in Wunderlist 2.

Important: This app can be found as “Wunderlist” in the App Store. It does not replace the original “Wunderlist HD” app on your iPad. If you are using Wunderlist HD on your iPad, please make sure to first synchronize your account.

Wunderlist 2 for iOS is free, requires iOS 4.3 or later and is optimized for the iPhone 5. 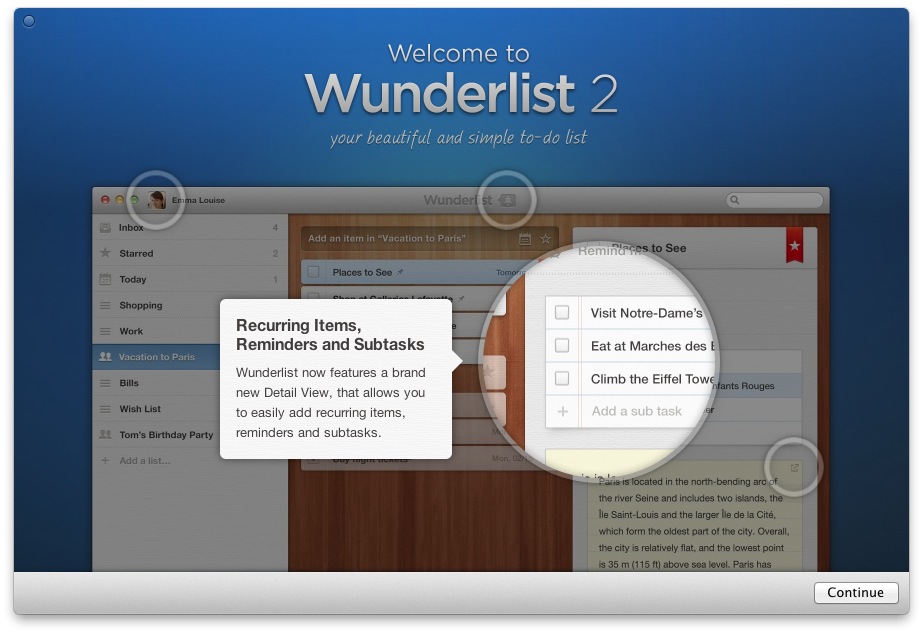 A version for Android tablets is available from Google’s Play Store and a Mac build is a free download from the Mac App Store.

It’s smart that devs made the software available across major platforms for true cross-platform compatibility. Wunderlist has some loyal following which has created more than 20 million tasks across 3.4 million lists.

“Since the launch of Wunderlist 2 in December we have seen more than half a million sign-ups, boosting our overall registered users to more than 3.5 million,” said Christian Reber, Founder and CEO of 6Wunderkinder.

And nothing beats free, right?