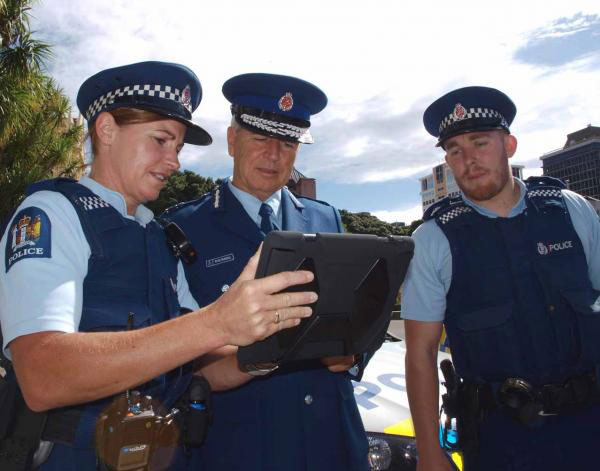 The New Zealand Police Department has announced that it will be doling out 10,000 iOS devices to its officers over the next few months as part of a new technology push. It says that 6000 of its officers will be receiving iPhones, and 3900 of them will also receive tablets.

According to Police Commissioner Peter Marshall, the decision to go with Apple’s platform came after field testing a range of different devices, including those running Android and BlackBerry operating systems. The deal is said to be worth in upwards of $5 million…

“Cops are getting iPhones and iPads as the police force shifts a big chunk of its telco business from Telecom to Vodafone. Just over 6000 frontline police are getting smartphones, Prime Minister John Key, Police Minister Anne Tolley and Police Commissioner Peter Marshall announced today. And of those 6000, 3900 will also get a tablet.”

Commissioner Marshall says that Apple’s devices were selected based on “frontline officer feedback.” Over 100 officers in four districts tested a variety of smartphones, laptops and tablets during an 11-month trial period, and iPhones and iPads were the preferred gadgets.

Apple’s iOS is quickly becoming the go-to platform for government and corporate heavyweights. Just last weekend, major home improvement retail chain Home Depot announced that it was going to be dropping some 10,000 BlackBerry smartphones in favor of iPhones.

BlackBerry (formerly RIM), for its part, continues to struggle with both maintaining its current enterprise accounts and acquiring new ones. Home Depot’s departure is just the latest in a string of account losses involving several big corporate and government accounts.