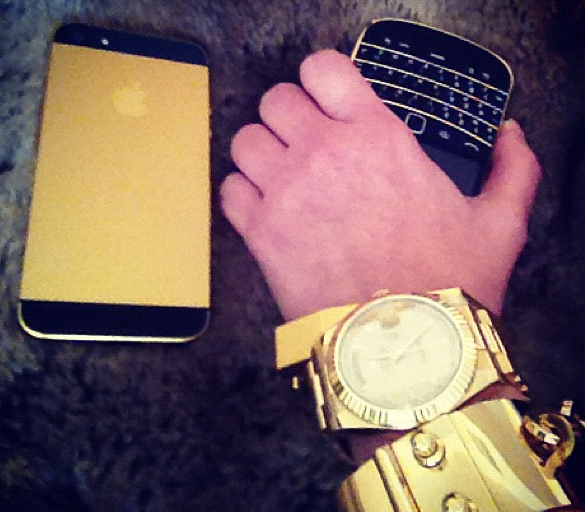 A new patent granted to Apple today could signal a huge advance in a trimmer, slimmer iPhone perhaps made from a single block of aluminum. The U.S. patent describes “microslot antennas” cut into the smartphone body, eliminating the need for exposing hardware required for communications.

While it could make fans of minimalism – such as Apple’s chief designer Jonathan Ive – jump for joy, could the patented technology cause another production slowdown?

Apple’s U.S. Patent No. 8,373,610 describes antennas which are just microns wide, built into the case of an iPhone. The slots are then covered to prevent dust and dirt interfering with antennas capable of transmitting Wi-Fi, cellular and Bluetooth frequencies, according to the patent filing discovered by AppleInsider.

Though Apple has reduced the thickness of the iPhone and iPad with every new release, exceptions have been made for the antenna housing.

“The black bar on the back of iPad models with celular connectivity, and the windows on the back of the iPhone 5 at the top and bottom stick out like sore thumbs on otherwise unbroken surfaces,” TechCrunch’s Darrell Etherington explains. 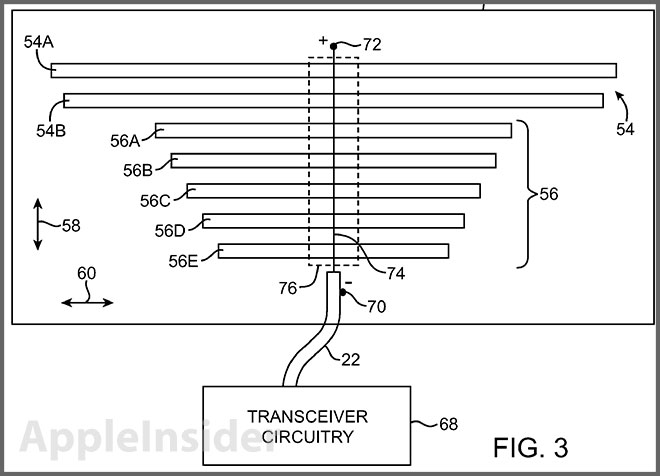 With Apple so closely tied to its design brilliance, technology able to even further sharpen the lines of its products could carry the same importance of improved functionality for traditional mobile tech. But with design innovation comes concerns that Apple suppliers may not be up to the task.

For an example, we only have to look to the iPad mini.

Even before Apple officially announced the iPad mini, there were warnings of potential supply constraints due to the technology requirements. Foxcon also admitted to falling behind on producing the iPhone 5 because of the new iPhone and iPad’s use of the in-cell touch screens.

Indeed, Apple’s largest supplier described the iPhone 5 as “the most difficult device” it had ever produced.

It’s unclear whether we’ll see this microslot technology in the next iPhone or iPad. As Etherington points out, the skills required to implement a hidden antenna does not migrate through the supply chain overnight.

“Otherwise we’d have seen it used already in iPhone and iPad models released to date,” he notes.

Instead, Apple may be training its suppliers in how to produce the new tech, learning a lesson from the iPhone 5 and iPad mini production drama – perhaps the biggest reason why I agree with the analyst who recently told investors the iPhone 5S design will likely look much like the iPhone 5.

After all, remember the iPhone 4S?

Roundly lambasted for being a ‘boring’ retread of the iPhone 4, the handset to date remains one of Apple’s most-successful models.