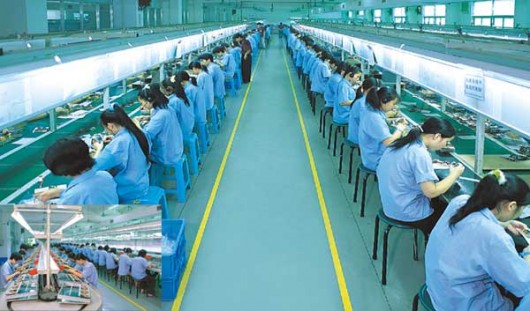 There has been a lot of talk about Apple using new in-cell display panels in its next smartphone. The technology is said to make screens thinner, allowing for a much slimmer handset.

But as it turns out, the tech might end up causing next-gen iPhone supply shortages. According to a new report, in-cell screens are causing “unforeseen challenges” for manufacturers…

BGR passes along the DigiTimes report:

“Projected shipments of a new iPhone in the third quarter of 2012 are likely to fall below 15 million units compared to 20 million units forecasted previously due to low yield rates in the production of in-cell panels.”

It has been previously reported that difficulties with in-cell production could cause supply shortages for the next-gen iPhone. And DigiTimes says the new dock connectors are proving troublesome as well:

“The latest rumors indicate that Apple has redesigned a connector at the bottom of the new iPhone and that yield rates of the new connectors at Foxconn International Holdings (FIH) have been low due in part to insufficient supply of some key materials.”

This wouldn’t be the first time we’ve heard rumors of supply shortages on new Apple products due to complicated tech. Apple was actually expected to be low on third-gen iPad supply due to problems with Retina displays, but we never saw shipping delays go above 1-2 weeks.

Rumors aside, Apple’s next smartphone is expected to be the most popular in its history — by a long shot. So supply shortages or not, we imagine this thing is going to be hard to find past launch weekend.