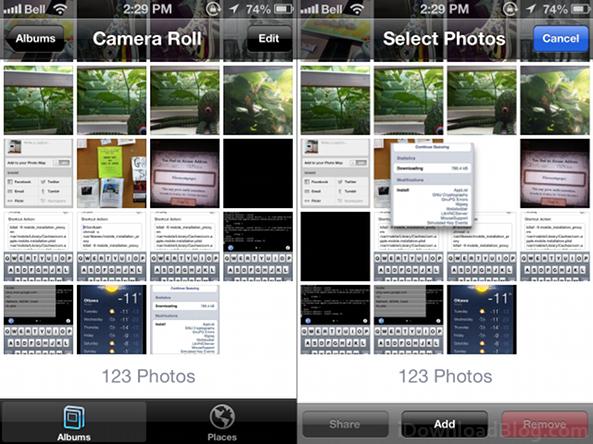 The developer who goes by the name of Lordscotland should call himself LordOfAwesomeTweaks. His backlog of jailbreak apps includes incredibly useful freebies like Safari Download Enabler and PDF Printer for Safari. His latest tweak is called Photo Organizer, which provides users with more control over all their photo albums including the Camera Roll.

Want to reorder photos and videos in your Camera Roll? Delete photos from your camera roll without removing them from every other album? Move photos without constantly making duplicates and wasting space? If so, Photo Organizer shows us that Apple’s default methods aren’t always best…

Before renaming the Camera Roll, after renaming, and Safe Mode

Since the Camera Roll still functions as your device’s Camera Roll for all intents and purposes regardless of what you rename it, I suspected that the name of the actual system files wasn’t changed. It turns out this is the case; disable the tweak and the name changes back to Camera Roll. This is probably a smart move, as I would suspect actually renaming the Camera Roll file would break compatibility for several apps.

More substantive changes do stick, however. For example, when you move photos around in the Camera Roll (as you would in any other folder) the pictures stay wherever you put them, even after you switch on Safe Mode.

Photo Organizer works seamlessly with the stock Photo and Camera apps. There are no settings to configure. Just install the free tweak from the BigBoss repository in Cydia. If you really like the tweak, you can donate to the developer from Photo Organizer’s page on Cydia.

Share your thoughts on Photo Organizer in the comments below.