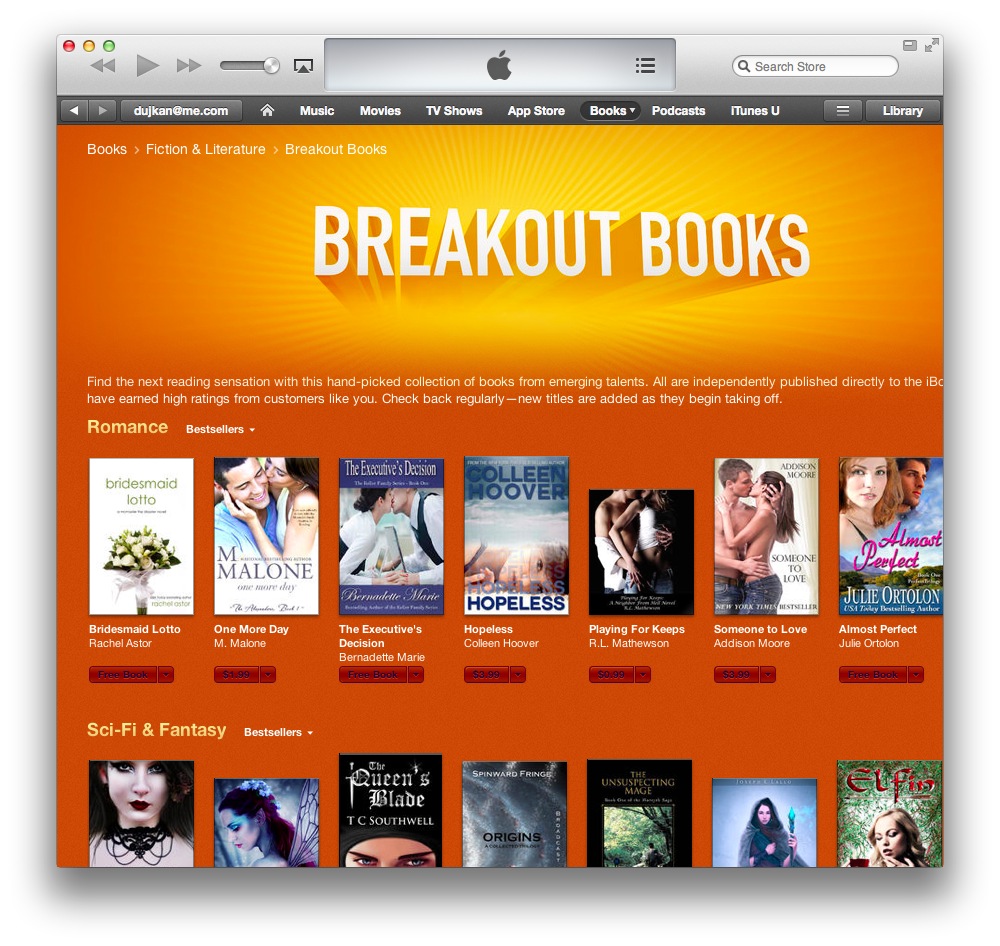 Apple has launched a new U.S. iTunes Store section dedicated to highlighting exclusive, self-published works from emerging talents. Sometimes, one has to expose oneself to books that cannot be found on The New York Times bestseller list. This section is aimed at surfacing cherry-picked content you’d otherwise have a hard time discovering. The move mirrors Amazon’s self-published Kindle books and Apple says new titles will be added “as they begin taking off”…

Find the next reading sensation with this hand-picked collection of books from emerging talents. All are independently published directly to the iBookstore and have earned high ratings from consumers like you. Check back regularly – new titles are added as they begin taking off.

Per paidContent, Apple had previously launched the Breakout Books section in Australia, New Zealand, Canada and the United Kingdom, primarily promoting titles from popular genres such as fiction, romance, sci-fi, fantasy and thriller.

PaidContent points to a blog entry by Mark Coker, the founder of self-publishing firm Smashwords, who notes that 54 of the 64 titles in Breakout Books were distributed by his company.

Breakout Books are available via this link.