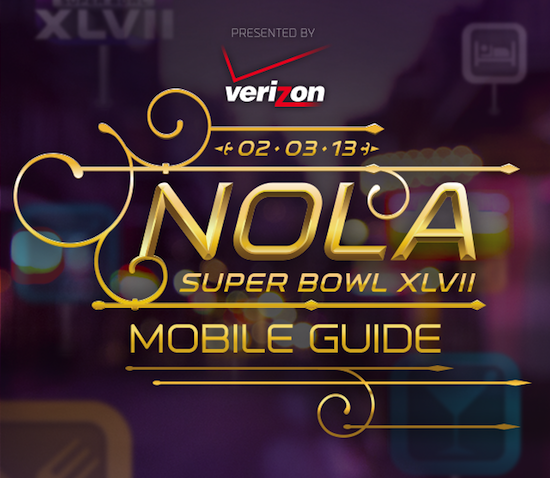 Over 100 million people are expected to gather in front of their TV sets tomorrow to watch the Super Bowl. But for those of you that for one reason or another can’t get in front of a television, there’s other ways to catch the Big Game.

If you’re going to have access to a computer, you can watch it there. The game will be streamed live via CBS Sports. No computer? No problem, iDB has you covered. We’ve compiled a list of ways to follow the action on your iPhone…

This is by far the best solution for watching the Super Bowl on the go tomorrow, as it will feature a high-quality live stream of the game. There’s just one caveat though: since Verizon owns exclusive NFL mobile streaming rights, the app only works for its customers. But hey, if you happen to be a Big Red subscriber, you might as well download the app and pay the $10 subscription. Click here to download.

It’s also worth noting that Bell Canada customers can also watch the game live on their iPhones via Bell’s Mobile TV app.

If you don’t happen to be a Verizon customer, Times’ Doug Aamoth is reporting that CBS’s video streams on its website are currently working on both the iPhone and iPad through Safari. I can confirm that, as of Saturday afternoon, he’s correct. From my iPad, I was able to play commercial and interview clips. So it’s definitely worth trying out tomorrow. The website is cbssports.com/nfl/superbowl/live/online.

Ever since ESPN redesigned its mobile app late last year, it’s been my exclusive score-keeper. And if you’re not going to be in front of a TV tomorrow, you’ll want this on your iPhone’s Home screen. It will provide you with play-by-play of the game, player and team stats, highlight videos, injury reports and anything else you could want outside of live video. The app is totally free, and you can download it here.

I can’t tell you how many times I’ve been able to catch a close football game or a no-hitter in baseball because it was mentioned in my Twitter feed. And I believe that, if you’re following the right people tomorrow, you’ll be able to keep up with everything from interceptions to Beyonce’s half-time performance. Here’s some accounts to get you started: @SuperBowl, @49ers, @Ravens @1045theteam, and @NFL.

That’s about it for our list. If you can think of something we missed, definitely let us know about it in the comments below. Also, make sure you check out our post on 5 free iOS apps to help you get ready for the Super Bowl. I hear it features a killer Recipe app.