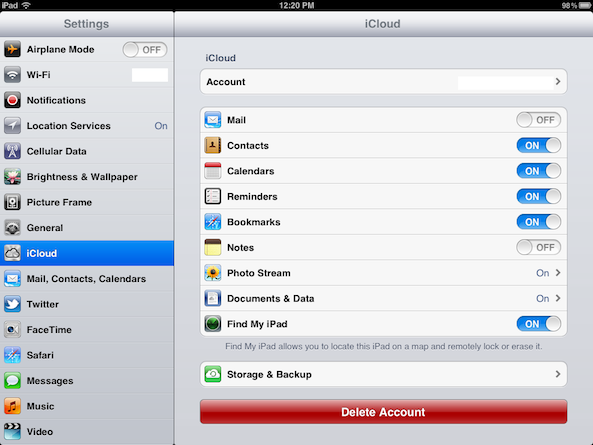 Cloud computing has really taken off in recent years as a cheap, flexible way for folks to store their documents and data. Apple’s iCloud service, for example, has garnered more than 250 million users in just a little over a year.

But while we’re all busy uploading our lives to the cloud, it’s worth mentioning that it’s not totally secure from prying eyes. A recently renewed Surveillance Act gives US authorities permission to access your data without a warrant…

It’s known as the Foreign Intelligence Surveillance Act, or FISA, and it was first introduced (quietly) in 2008 during the end of the Bush administration. And its renewal in December of last year has a lot of folks asking questions.

“the Foreign Intelligence Surveillance Act, known as FISA, allow US government agencies open access to any electronic information stored by non-American citizens by US-based companies. Quietly introduced during the dying days of President George W Bush’s administration in 2008, the amendments were renewed over Christmas 2012…

…Caspar Bowden, who served as Chief Privacy Adviser to Microsoft Europe for nine years until 2011, told The Independent: “What this legislation means is that the US has been able to mine any foreign data in US Clouds since 2008, and nobody noticed.”

Yeah, you read that right. The Act specifically says that any data stored by non-American citizens on cloud servers located here in the US is accessible by various US agencies, including the FBI and CIA, without a warrant or other legal red tape.

And this doesn’t just go for iCloud. DropBox, Google, Amazon and several other companies keep their cloud data stored on servers around the US. Is this a reason to panic or stop using cloud services? No. But is it creepy to think about? Yes.