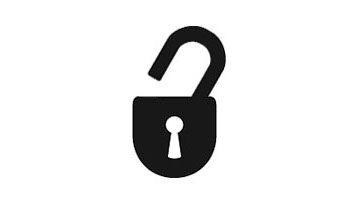 The big news this week, aside from the new 128GB iPad and the impending jailbreak, has been that unlocking your phone became illegal in the US on Saturday. Law-breakers face a fine of up to $500,000 and/or 5 years in jail.

Well today, the folks over at the EFF (the Electronic Frontier Foundation) commented on the new regulations and have broken down what they really mean for us end-users. There’s both good news and bad news…

For starters, let’s go over the new law: Unlocking a phone bought after January 26 without your carrier’s permission violates the Digital Millennium Copyright Act (DMCA) regardless of whether or not the phone is under contract.

The good news, as noted by the EFF, is that the legal shield for jailbreaking and rooting your phone remains up, and will be through 2015. Unfortunately, though, that shield doesn’t work for jailbreaking or rooting tablets like the iPad.

And now for the bad news:

“While we don’t expect mass lawsuits anytime soon, the threat still looms. More likely, wireless carriers, or even federal prosecutors, will be emboldened to sue not individuals, but rather businesses that unlock and resell phones. If a court rules in favor of the carriers, penalties can be stiff – up to $2,500 per unlocked phone in a civil suit, and $500,000 or five years in prison in a criminal case where the unlocking is done for “commercial advantage.” And this could happen even for phones that are no longer under contract. So we’re really not free to do as we want with devices that we own.”

As we previously opined, the majority of the threat seems to apply to third-party vendors. The lucrative business of unlocking has become popular over the past few months, but it appears that the risk now outweighs the reward.

What’s scary, though, is that peril still exists for the average user. The RIAA, for example, (Recording Industry Association of America) has used DMCA laws to go after students and house-wives for downloading illegal music.

Creating and defending the next round of exemptions will start in late 2014, and will be ruled on in 2015. At that time, the unlock ban will be reviewed. Until then, feel free to sign this online petition that calls for a reversal of the law.