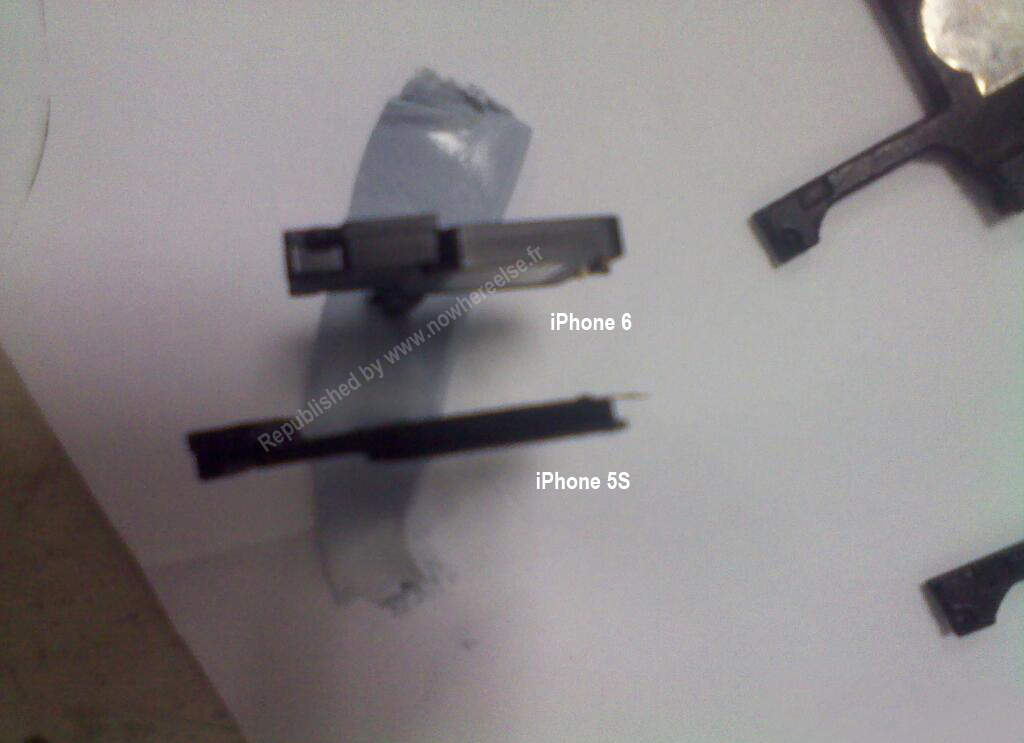 The next iPhone is very likely just a few short months away so little wonder that slowly but surely first pieces of the puzzle are beginning to surface.

And on Friday, the usually credible iLounge posted a bunch of interesting tidbits pointing to a fifth-gen Pad with iPad mini-like design and a 13-megapixel back camera being the star feature of the iPhone 5S, among other goodies.

That’s all hearsay, but now a leaked part has come our way, purportedly representing a speaker assembly for future-generation iPhones…

NoWhereElse, the French blog, has republished what it believes is a pair of speaker components belonging to two future iPhone models, the iPhone 5S and iPhone 6. The components are “supposedly manufactured for Apple” by a company where the site’s source works. 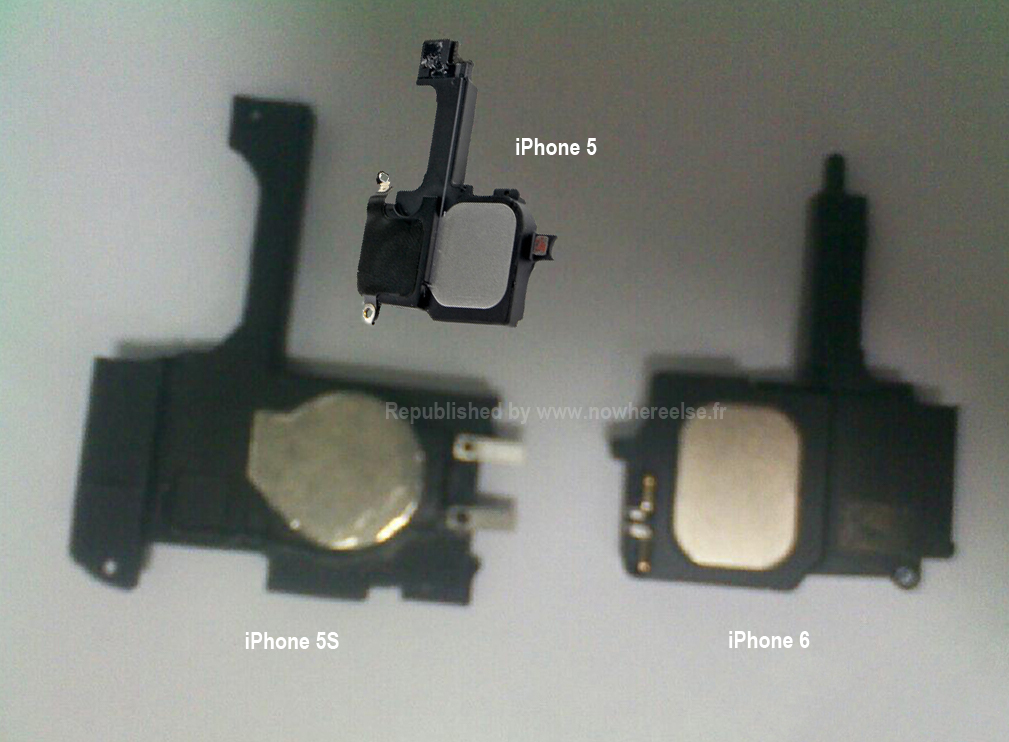 The publication Photoshop’d an iPhone 5 speaker component from iFixit on the leaked image to give us a better indication of how the block speaker for future-generation iPhones might have changed versus that inside the iPhone 5.

The source also claims that the iPhone 5S will launch between March and July while the iPhone 6 would get released by year’s end.

Apart from this, there’s not much to decipher here.

On the surface, it’s certainly peculiar that both iPhone 5S and iPhone 6 parts leaked simultaneously.

Disregarding for a moment what the source told NoWhereElse, it’s entirely conceivable that Apple might be planning to release both an improved version of the iPhone 5 with unchanged design and refreshed internals (and colors!) alongside the iPhone 6, a major revamp of the handset.

Possible, but not very likely, that is…

Apple’s 2013 roadmap allegedly includes multiple iPhones and iPads and the hit-and-miss DigiTimes first claimed a 4.8-inch iPhone would see light of the day this year, but then changed its mind saying the jumbo-sized iPhone is on track for a 2014 release.

In my view, the so-called iPhone Math with a 4.8-inch display referred to in the DigiTimes report is actually the iPhone 6. From what we know so far, it’s fairly safe to conclude that, come this summer, Apple will unveil the iPhone 5S and discount the iPhone 4S/5.

The so-called budget iPhone, you say?

If I wanted to sound pessimistic  I’d say everyone got it wrong as the budget iPhone might as well be your discounted iPhone 5, after the iPhone 5S will have hit the market in a few months time.

Apple sells iPhones two generations old at reduced price points, alongside the current-generation model. Such a strategy is working (to a certain extent) toward addressing the mid and low-end of the market and is likely to continue.

Whether or not Apple in fact is working on a brand new sub-$200 off-contract iPhone model for emerging markets is anyone’s guess, but anything is possible.