It seems like everyone is getting into the business of developing iOS apps these days. First there was pod2g, and his digital music-mixer podDJ. And now it appears that ex-iOS hacker GeoHot is following suit.

GeoHot’s app, as noted by MuscleNerd, is called Reactions. It’s a camera app with a twist—it takes pictures with your iPhone’s front and rear cameras to capture your ‘reaction’ to the situation in your photo… 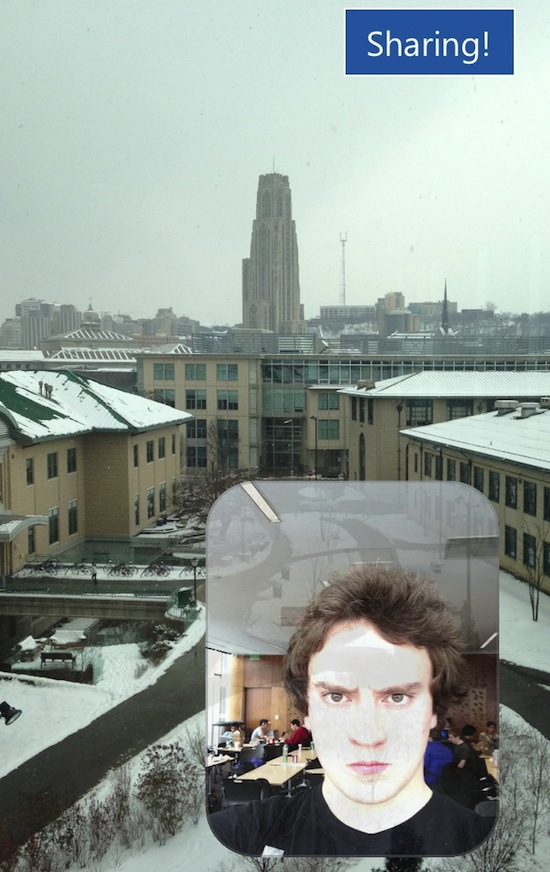 Interestingly enough, there’s no way to save your pictures. Once a photo has been captured, you have 3 seconds to tap the unlabeled cancel button before it gets uploaded to Facebook. Sharing seems to be a big focus here.

“At Reactions, we offer you no way to save your pictures. If you want to save them, you have to share them. After a reaction is captured, you have 3 seconds to hit the unlabeled cancel button, or else your photo is automatically shared with all your Facebook friends.”

There may be more to it, but that’s about all I could gather from the Reactions website. It looks like there’s a few developers working with GeoHot on the project, and the app has been submitted to Apple and is pending approval.

Since his iOS jailbreaking days, GeoHot has bounced around a lot. First there was the PS3 hack and the subsequent Sony lawsuit, then he popped up at Facebook. Reaction is a neat idea, and we wish him luck on the new endeavor.