When Google in December released the YouTube Capture iOS app, the company instantly goy my attention. I love its sleek design, simplified user interface and the effectiveness of having an app dedicated to recording and uploading video clips to YouTube. It would be a must-have if not for the inexplicable lack of support for 1080 uploads – the software would limit any upload to 720p.

Not anymore. Today, a new maintenance released has been pushed which now lets you upload footage in the full HD 1,920-by-1,080 pixel resolution, along with a few other tweaks. More details right after the break…

In addition to 1080p uploads, YouTube Capture version 1.1 also offers improved audio sync, a more detailed upload feedback and the ability to share your clips on social networks after uploading, along with the usual bug fixes and stability improvements. 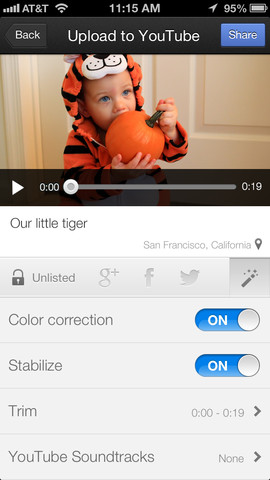 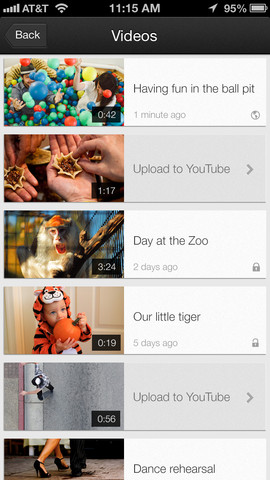 YouTube Capture is a free download from the App Store. It’s optimized for the iPhone 5 and compatible with the iPhone 3GS and up and third-gen iPod touch or later running iOS 5 or later.