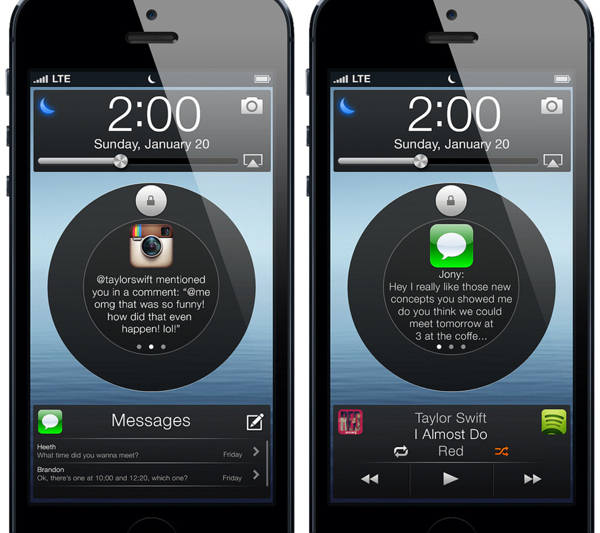 Users have been voicing their disdain for Apple’s decision to stay the course with iOS for years. The operating system, albeit the addition of the App Store and a few new features, has remained largely unchanged since its introduction.

That disdain has sparked a number of iOS-related concepts, and we’ve just come across a new mockup. In an effort to change things up a bit, it adds widgets, toggles and a new unlocking mechanism to your iPhone’s Lockscreen…

The concept comes from The Verge forum user white.noise (via iFans):

“The first thing you’ll notice is that about every inch of space on the lock screen is being used. First, let’s talk about how you unlock the device. You’ll notice in the center a circle with a lock in the center, just drag that around the circle until your device unlocks […]

Next, lets talk notifications. Notifications are now displayed in the center of screen (inside the unlock circle) At the top of the circle is the icon of the present notification, and underneath is the context of the notification. […]

Lastly, let’s talk about widgets. Widgets are displayed at the bottom of the screen, there are many type of widgets (I have made 3 concept ones which will be attached at the bottom). Widgets can be interactive, or static.”

So, a few things about the concept. First, I’m not going to critique the UI here, this is obviously a rough design. I’ll just stick to the ideas presented in the mockup: the clock, the unlock circle, and the widget table shown at the bottom. 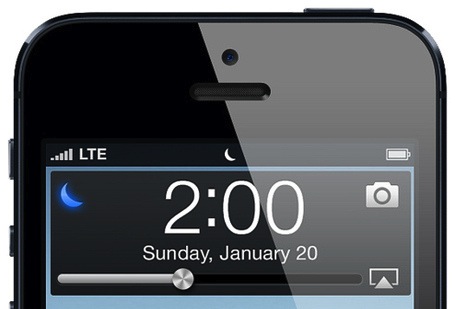 The clock looks virtually the same as it does now, but with AirPlay and volume toggles surrounding it. It looks cluttered, but I guess in this concept it’s the only place to put these things. Honestly, I think I’d rather them be hidden. 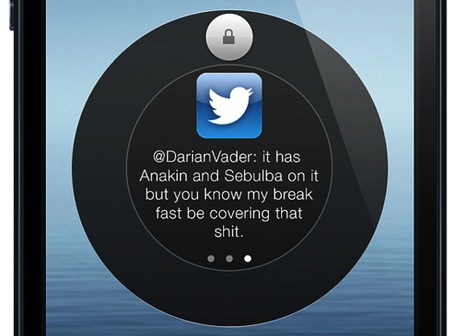 The new unlocking mechanism, as you can see, is a circle and displays recent notifications in the middle. Not only does this look more congested, but I’m pretty sure I’ve seen this circle play on Android handsets before. And I don’t like it.

I do, however, really like the widget idea. I would love to be able to pick out one or two apps to show constantly-updated information on the Lockscreen. Think Twitter, Facebook status updates, or as depicted above, emails and weather.

All in all, I think the entire concept is cluttered and unappealing. But I do think that with some tweaks and some polish, it would make for a nice jailbreak tweak. And wouldn’t you know it, the iOS6 jailbreak looks to be just around the corner.

What are your thoughts on the above concept?