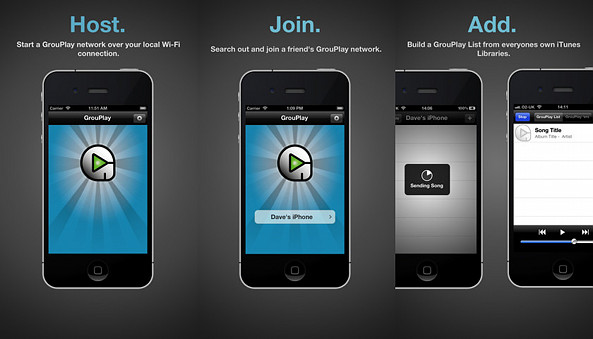 Settling on a good party playlist can be difficult. Say you’ve got friends with different tastes in music, and your music library doesn’t have enough danceable tracks on its own that everyone can enjoy. If it’s a big party, you don’t want just anyone touching your iPod, and you also don’t want someone with questionable taste to hijack the music for the party.

With the GrouPlay app, anyone with access to your Wi-Fi network can contribute songs from their own music library to your temporary party playlist, provided they have an iPhone 3GS, 3rd generation iPod touch, iPad, or later. Once the songs are uploaded, the real fun begins…

Any song uploaded from GrouPlay will be added to the Playlist, but users can also vote on the tracks once they’re uploaded to whichever device is acting as a server. Voting influences the play order; the tracks with the most votes are played sooner, while the tracks with the least votes are saved for the end, where they will either continue to be pushed back by more popular tracks or will be played when nobody else cares. 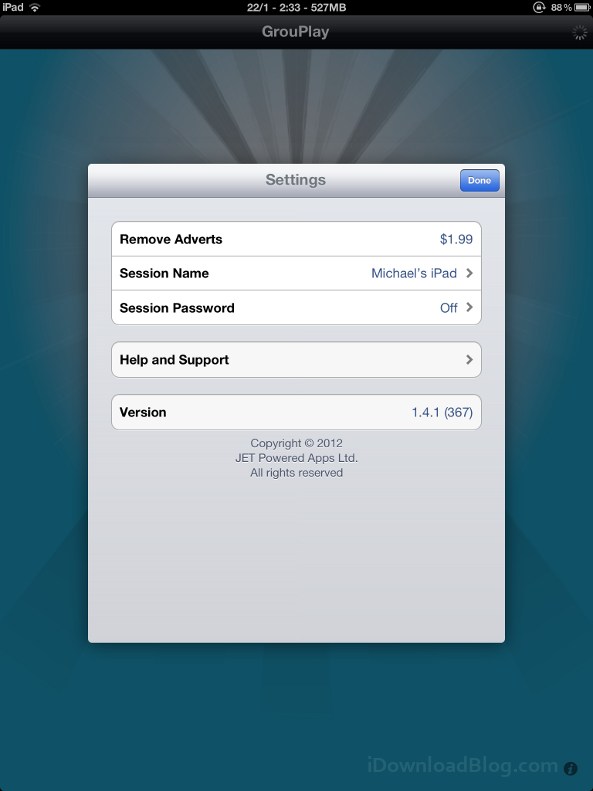 The voting feature might not fit with everyone’s party playlist philosophy, as tracks are only organized by popularity and not by other important factors like beat, tone, or the music’s suitability for dancing. There’s also a danger to front-loading a party with music everyone likes: the music may get progressively less crowd-pleasing as the night goes on. On the other hand, it’s an interesting concept and is at least worth a try.

Unfortunately the latest update (1.4.1) causes GrouPlay to crash in iOS 5. According to the support staff, they are working on a fix, though they recommend updating to iOS 6. For jailbreakers like myself, updating is currently not an option.

GrouPlay is available in iTunes for free, though the app is supported by banner ads. If you would like to remove the ads, GrouPlay charges $1.99. The app supports playback over AirPlay, as well as the standard audio connections.

Would you try GrouPlay at a party? Share your thoughts in the comments section.