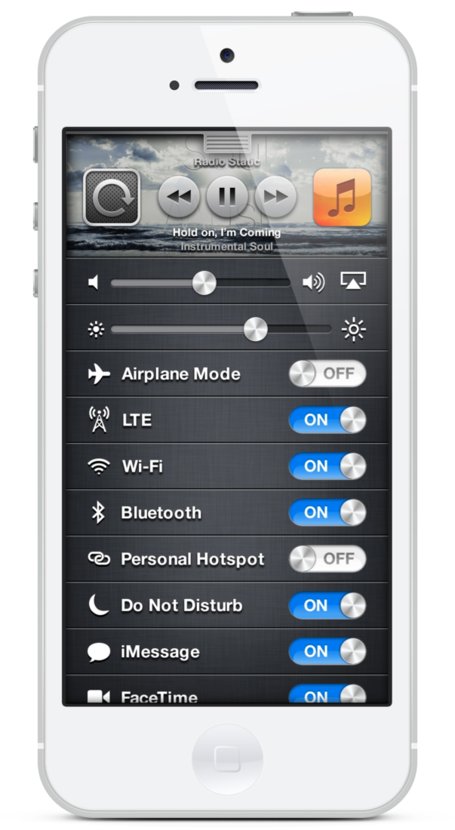 Remember the iOS concept video we saw earlier this week from André Luis Moreira? It turns out that Moreira had just posted an updated version of the concept on The Verge’s forums. The updated concept is similar to what we’ve already seen, but features essential refinements to the original design, in addition to being resized to fit the iPhone 5‘s 4-inch screen.

Read on to see what’s new, and what has changed in Moreira’s new concept video…

To edit the Quick Settings list, pull down until you see the gears.

Moreira also addressed one of the potential problems you might have noticed with the old concept: in the initial version, it wasn’t possible to enter Quick Settings from within an app, you’d be shuttled off to the app-specific Dynamic Settings instead. Now you can shake your iPhone at any time and access Quick Settings, even while editing text. I’m not sure if shake gestures are the best way to solve the problem, but it gets the job done.

The concept now supports shaking for Quick Settings instead of entering an app’s Dynamic Settings pane.

One final note: It occurs to me that the previously mentioned ‘passcode off’ lock wouldn’t be a foolproof method for preventing theft, considering it’s always possible to put an iPhone into an idle DFU mode. While the recovery mode would thwart this security measure, as a legitimate user, you wouldn’t want to be barred from recovering an unresponsive phone.

Would you like to see Moreira’s iOS 7 concept adopted by Apple or made into a tweak? Share your thoughts on what you would you keep and what would you change in the comments section.