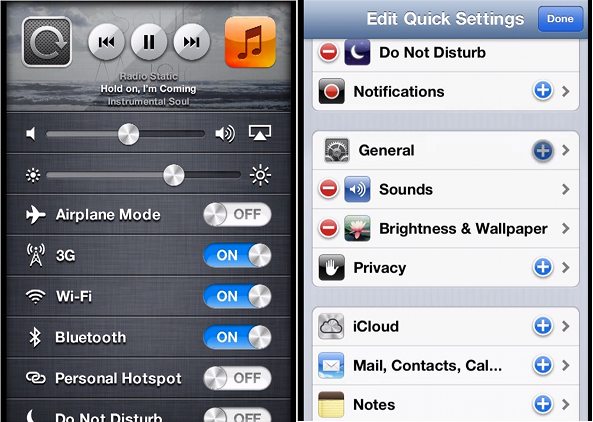 André Luis Moreira, an animator who shares a name with a football player from Brazil, posted a video of a concept for an iOS overhaul back in September, which contains a few surprising features. Keep in mind this isn’t a tweak, just a video concept produced with Adobe Photoshop, After Effects, and Premiere.

The animation focuses on three main concepts for improving iOS. Quick Settings, a pane that collects the most used options from the settings page; App Flow Multitask, which adds a full screen preview to the app switcher panel; and Dynamic Settings, which provides shortcuts that allows users to quickly jump to a specific app’s settings…

The video’s first feature, Quick Settings, will be most familiar to our readers who jailbreak, especially if you use tweaks like SBSettings or NCSettings. The big difference between the concept and these popular tweaks is Quick Settings also integrates the Switcher’s music playback controls along with a scrolling list of toggles. Quick Settings’s toggle list is customizable: you can add and sort toggles as well as links to Settings pages. In the video, the Quick Settings page can be accessed by scrolling all the way to the left in the Switcher tray, while on the Springboard.

The App Flow multitasking concept looks similar to the multitasking cards in WebOS as well as the Dash jailbreak tweak, though it integrates more closely with the native app switcher. I prefer the look of Moreira’s App Flow concept to Dash, and it would be interesting to see in a real tweak. 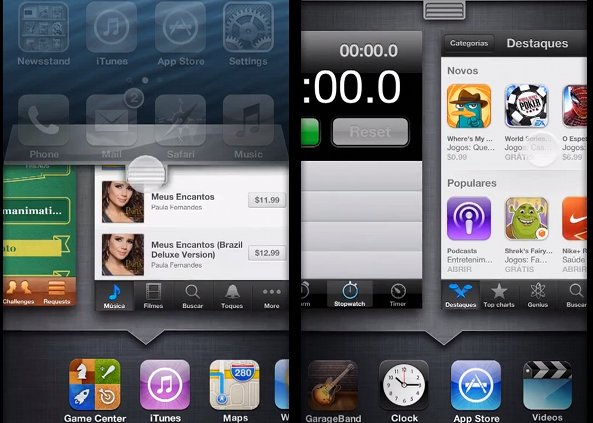 The context-sensitive Dynamic Settings menus are activated by scrolling to the left in the Switcher tray while inside an app. From there, you have instant access to the app’s page in Settings. I could see this feature being especially useful, since switching between an app and its Settings page can be a pain, and I haven’t seen it in a jailbreak tweak yet.

The video also includes other minor features, such as a password to power off, which would be useful to prevent the Find My iPhone service from being disabled. Though if you feel you really need this feature, there’s already a $0.99 tweak called Powerguard. 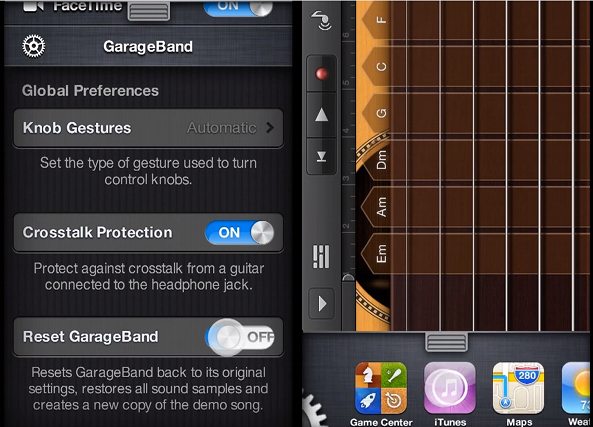 What do you think of Moreira’s concept video? Tell us which features you’d like to see in the comments section.