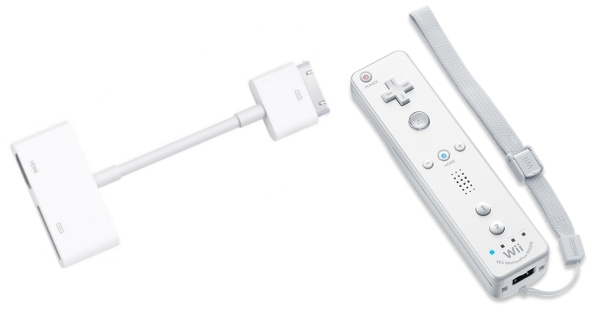 There is recent post on Reddit where a user was attempting to play classic NES games from an iPhone 4S, using a Wii remote for controls, with the whole thing mirrored to a TV through AirPlay. The redditor asked if there was any way to compensate for the 1 second lag he was experiencing through AirPlay, and I thought some of our readers might have come to the same question. Unfortunately, without resorting to time travel, it’s not possible to technologically compensate for latency in current version of AirPlay.

While wireless displays are now feasible for gaming, just ask anyone with a WiiU, AirPlay mirroring is not your best option for streaming fast-paced games. A better solution is to plug your phone directly into a TV…

Just get your hands on an official 30-pin to HDMI, VGA, component, or composite cable and the DisplayOut jailbreak tweak. If you’re using a Bluetooth controller anyway, plugging your phone directly into the TV won’t be a problem. 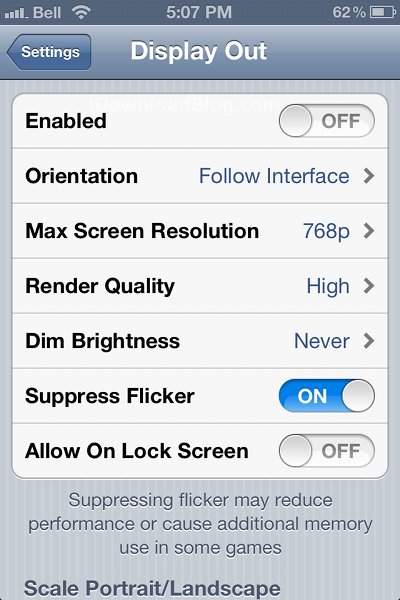 Depending on your setup, there may still be some lag, but the delay should be nowhere near as bad as AirPlay’s. You can also go to settings to lower the screen resolution, render quality, and disable the ‘suppress flicker’ option to get a boost in performance. That said, I found that at 720p, with high render quality and suppress flicker on, I got a decent balance between performance and picture quality.

I’ve personally used the Apple VGA Adapter and the DisplayOut tweak on my iPhone 4 to play apps and emulated games on a spare monitor. In terms of latency, it is a clear improvement over using AirPlay.

Have you tried to use your iPhone, iPad, or iPod touch as a TV console? If so, tell us how it went in the comments section below.