While there are certain video games that work well with touchscreen controls, if you’re playing retro action games on an iPhone or an iPad, you’re likely to find yourself craving the precise click of real buttons.

There are a few options for physical controls on non-jailbroken iPhone, iPad, or iPod touch, but if you want to use classic controls for more than a handful of games, you will need to turn to tweaks. Luckily, we have you covered…

‘Just works’ out of the box

All you need is the hardware, compatible games, and a stock iPhone, iPad, or iPod touch.

If you just want controls that will work with retro games on your device, you’ll want to track down the iCADE iPad Arcade Cabinet, or a controller based on the iCADE’s technology. Out of the box the iCADE works with around 150 apps listed on iCADE’s website, including excellent games like Super Crate Box and Metal Slug 3. If you jailbreak, the iCADE only gets more useful. You may also want to consider the jailbreak-friendly iControlPad, a dual-analog stick controller with a built-in iCADE mode. 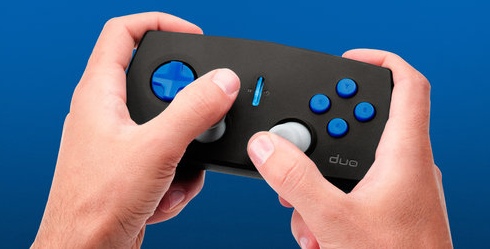 When your controller isn’t supported, make it work! These tweaks are both available in the default Cydia repositories.

Hate games with on-screen controls? With Blutrol installed, many of these games can be played with a proper game pad. Just take a screenshot of the app you want to use, and drag the appropriate controller buttons over the virtual buttons you want to tap. Crank up the overly transparency (if available), and you’ve got controller support.

When the Blutrol utility was originally released on Cydia, it only included support for the iCADE cabinet. Now Blutrol can map input from the iControlPad, PhoneJoy, Wii Remote, or Zeemote JS1 controllers as well as any Bluetooth keyboard you can pair with your device. It’s very likely you already own a compatible controller! 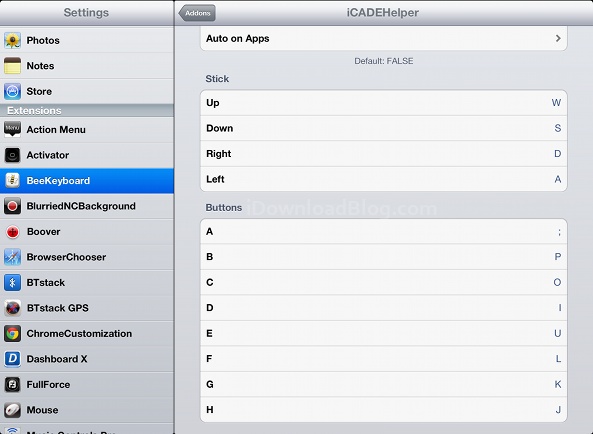 Want to use a Bluetooth keyboard with an app that already features iCADE support? There’s a plugin in Cydia for BeeKeyboard called iCADEHelper, which allows users to map a virtual iCADE controller to whatever buttons they want. I find this plugin can be a little flaky at times, but the problems go away when I therapeutically mash the toggle button. I wouldn’t recommend getting BeeKeyboard just for this plugin, but if you have the tweak, iCADEHelper is a plugin worth checking out.

How do you get physical controls on your touchscreen devices? Share your thoughts in the comments section.