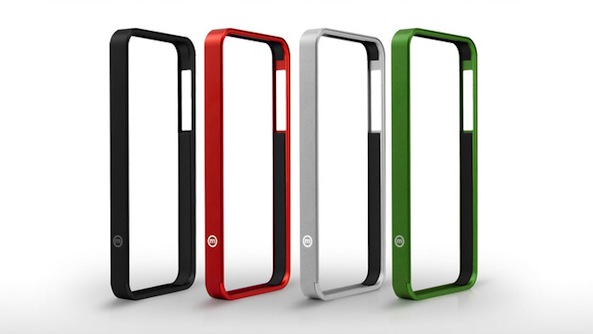 Here at iDB, most of us have adopted the “no-case” policy for our iPhones. Cases are typically bulky, ugly, and although they are made to protect our handsets, they cover up the beautiful design Apple has worked so hard to achieve.

But the folks at the design firm ‘m’ think they have a cure for the common case. Their new AL13 is an ultra-thin bumper for the iPhone 4/5 that protects the device with lightweight aerospace aluminum without altering its look…

Sure, there are other metal and aluminum bumpers out there. But most of them are either really bulky, or they require tools to take off and put on. That’s where the AL13 differs. It has a rubber interior that allows for easy off and on.

As you can tell from the above video, the bumper isn’t available yet. The developers say they have perfected the design and made the moulds, but they needed Kickstarter funding to bring the AL13 to market. They’re goal is to raise $20,000.

At the time of this writing, the team had more than doubled their target at $50,000. Apparently, people really like their aluminum bumper. And if you want to pick one up too, a pledge of $55 or more will get you on the pre-order list.

I have to admit, as far as cases and bumpers go, this is one of the more attractive ones I’ve seen. I love the thin, simplistic design. But it’s still not enough to convince me to stop going case-less.

What do you think of the AL13?