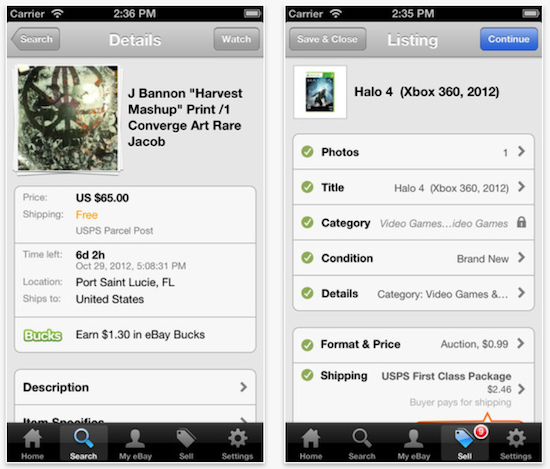 But if, like me, you’re in the habit of selling your old Apple gadgets to help pay for new ones, you’ll be really excited to see what they’ve done with the listing process. Posting things for sale on the site from your iPhone just got a lot faster…

Here’s the full list of new features and improvements:

Overall, the update is a significant improvement. I especially like the new built-in photo editing tools, so you don’t have to switch out to another app for quick touch-ups, and that you can now start a listing on the web and finish it on your phone.

I have yet to make an eBay purchase since downloading the update, so I can’t vouch for its increased checkout speediness. But I will say that the entire app feels noticeably snappier than the previous version, so I’m sure it follows that trend.

Even if you aren’t a frequent eBay user, you’ll want to download the new app. As usual, it can be found in the App Store, for free.

What do you think of the new eBay update? It’s a lot better right?