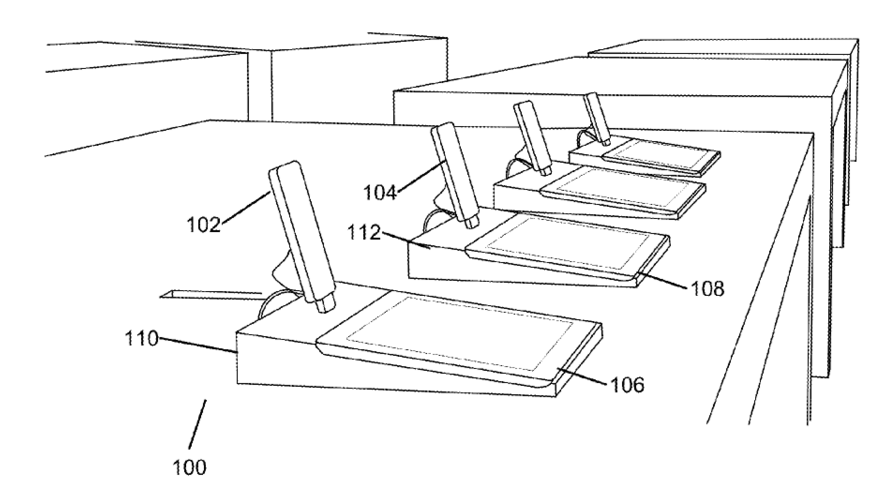 No matter if you are in Syracuse, NY or Singapore, when you step into an Apple Store, you’re likely to be greeted in a singular manner. That’s no mistake. In fact, the ‘brain’ of Apple’s retailing success is part of a patent filing for a centralized floor plan management. It’s entitled “System and method for planning layout of a retail store” and details, well, everything.

Starting from how the tech giant uses the iPad and centrally-controlled in-store displays to offer customers a unified appearance, no matter which Apple Store around the globe you happen to waltz in. Indeed, if tech retailing were part of the Star Trek universe, Apple locations would be manned by the Borg – seeming to operate with one mind…

However, in Apple’s case, the drones would wear blue shirts and be able to solve your gadget nightmares. Unlike most retail management done locally, Apple Stores are managed via a central server, using an app to distribute product information, store prices and local event announcements to iPads.

“The interactive floor map can be customized for each retail store using custom-designed or pre-defined fixture blocks”, Apple writes in the document.

The filing underscores that “notes can be added at each level of creating the interactive floor map to add details that may be product, fixture, fixture block, and/or location specific”, with store managers being able to manage an interactive floor map for a store based on the date and time associated with a local time zone where the store is located, allowing for consistent and rapid product roll-outs. 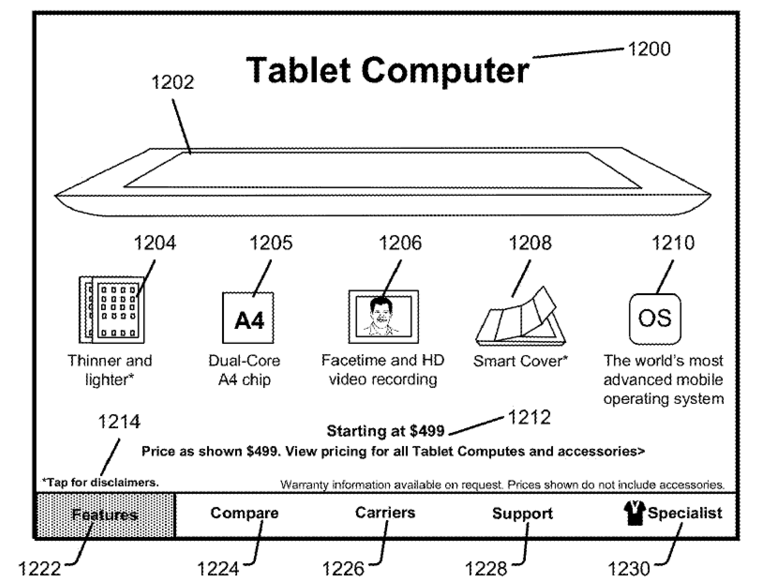 “Since it’s all tied to a central server, displays attached to, say, the iPad section of any store can be instantly updated around the world with new or modified information, such as special changes to prices”, Techcrunch writes. 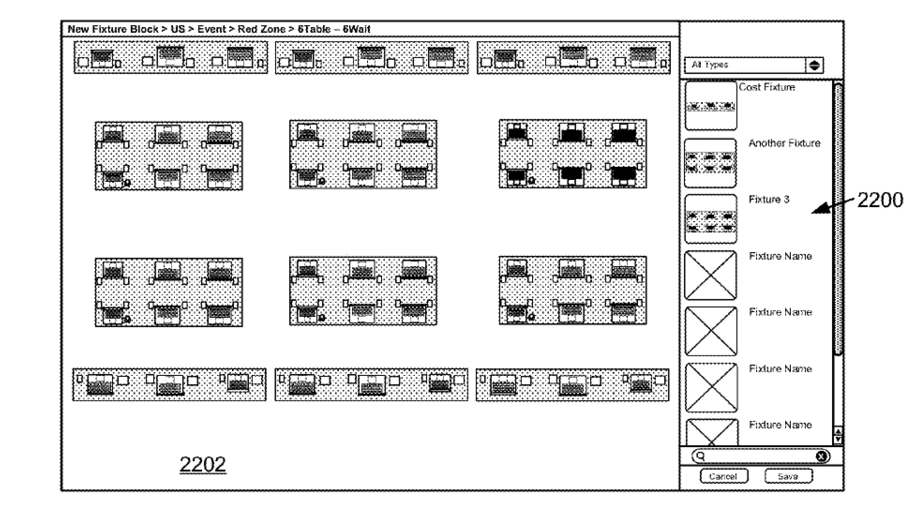 Because the iPads, in-store displays, and kiosks are all tied into the same server, the system “provides an efficient way to roll out new products, display sale items and manage operations to offer customers around the globe uniform shopping experiences”, AppleInsider explains. 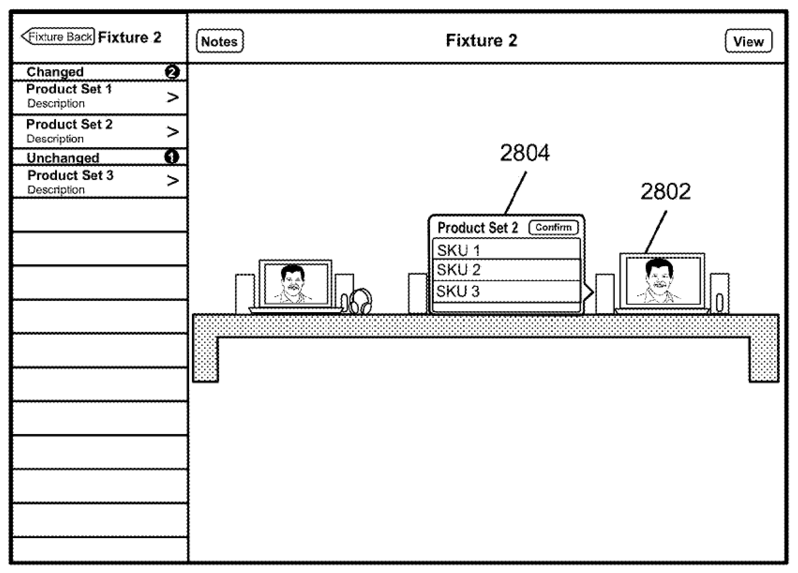 If the server is the brains of Apple’s retailing success, the iPad has become the eyes and ears. The Apple tablet is in the unique position of often times selling itself. Shoppers in Apple Stores can use the iPad to learn more about the device. Meanwhile, Apple Store employees can (with a special gesture) turn the tablet into a POS display, update inventory and more. 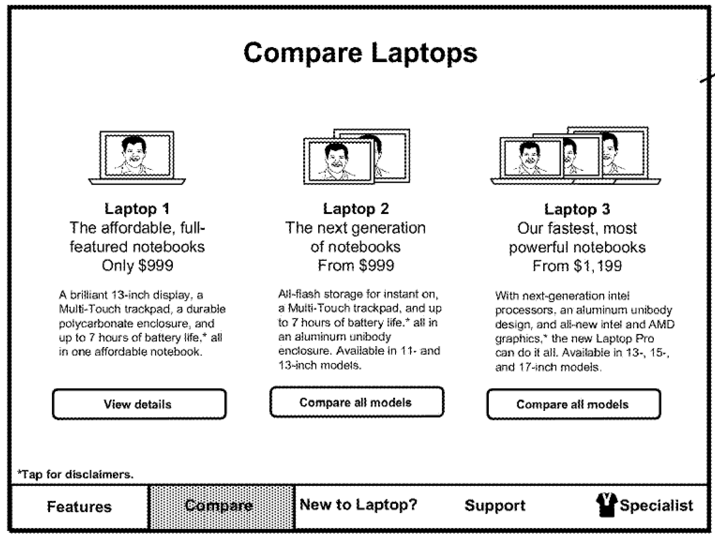 It’s not the first time we’ve heard details of Apple’s retailing and the company’s success at selling gadgets and impressing consumers has been known for years.  The iPad’s extensive use in retailing is just the latest sign of how far Apple’s push into automating retail has come. 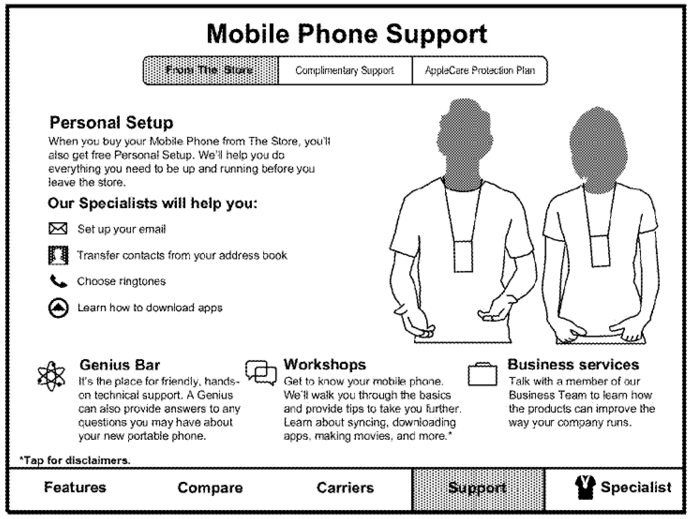 As far back as 2009, Apple was experimenting with using the iPod touch as a Point of Sale device allowing shoppers to sign for purchases and read product bar codes.

Today’s news shows that Apple has turned retailing into an app and given Best Buy and other bricks-and-mortar retail giants food for thought.

If you’ve ever been at an Apple Store, you clearly know what I’m talking about.