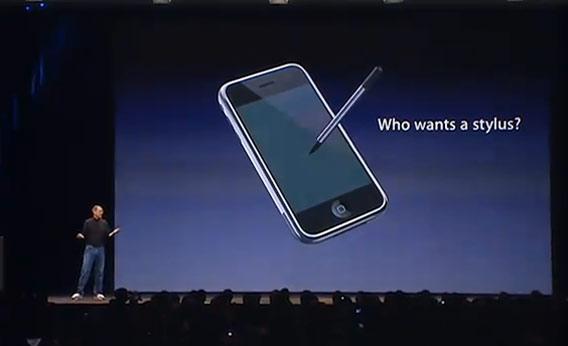 Apple has always strongly opposed the stylus, even though other manufacturers have continued to push for them. Steve Jobs had a number of quotes on the matter, famously saying things like “nobody wants a stylus” and “if you see a stylus, they blew it.”

But despite its public disdain for the touchscreen accessory, Apple obviously sees some value in it. The Cupertino company recently filed a patent for an advanced “active stylus” that works with the capacitive touch screens on its different iOS devices… 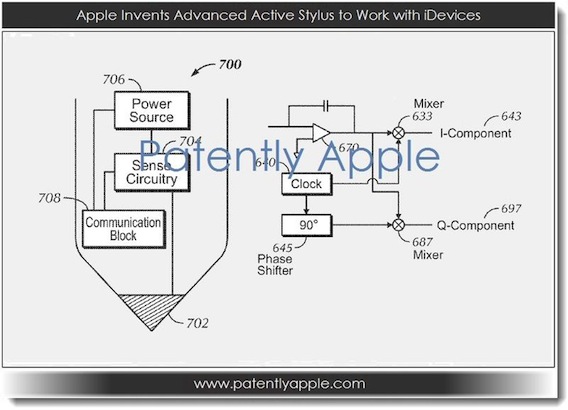 Accordingly, the styluses disclosed in this patent filing can be referred to as active styluses in comparison to conventional passive styluses. These active styluses can significantly improve stylus sensing on a mutual capacitive touch sensor panel without incurring significant additional cost.According to this patent, that translates to the “active stylus” being able to be used on Apple’s iPhone and iPad which are directly listed as examples.”

Honestly, it wouldn’t surprise me in the least bit to see Apple release a stylus. The company has a history of backtracking on its comments — Steve Jobs’ initial thoughts on the 7-inch form factor for tablets come to mind, with the recent release of the iPad mini.

And as a stylus user myself (Adonit Jot Pro), I definitely see the value in the accessory. It comes in handy quite often, particularly when handwriting notes or doodling on my iPad. It adds another level of productivity to the tablet, which I think Apple could market.

Apple’s Engineering Manager Jonah Harley and Hardware Engineering Manager David Simon are credited as the inventors of the “Active Stylus” patent, which was filed in Q2 2011. And it’ll be interesting to see what, if anything, comes from this in the future.

What do you think, would Apple release a stylus? And if it did, would you buy it?