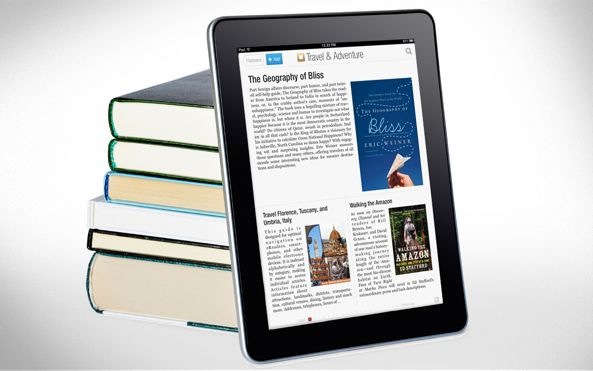 Tablets appear to be more popular than eReaders, at least in the U.S., according to researchers. Devices such as Apple’s iPad are owned by 25 percent of Americans responding to a Pew Internet & American Life survey, compared to 19 percent for eReaders, such as Amazon’s Kindle.

Most telling, however, is the November survey finding that a third of people own a tablet, eReader or both to view electronic publications. That’s a two-fold increase over December of 2011, when 10 percent of people surveyed reported owning either a tablet or eReader. In another sign readers are shifting away from traditional publishing, the survey found 23 percent of the U.S. population 16-years-old or above are using eReaders. In 2011, the researchers found that number at 16 percent. For authors, eReaders also increase their audience, Pew also found…

“Thirty percent of people who read digital content – either books or longform journalism – say they are reading more now that they have the devices,” Lee Rainie, who directed the study, told TechCrunch. Rainie suggested the lower price of eBooks compared to traditional publishing increases an audience.

Although the survey did not take into account which eReader or tablet is in the lead, IDC forecast Apple’s device would continue to lead the market until 2016, while Strategy Analytics noted Android was coming on strong.

The Pew survey was taken in November, meaning it did not account for the impact of Christmas sales on eReaders. While Kindle-maker Amazon has been notoriously reticent about releasing hard sales numbers, it should be interesting to learn official or unofficial estimates of how the Kindle and Kindle Fire did against the iPad.

Where do you stand on the eReader versus traditional publishing question? While I like the price of eBooks, I still enjoy the tactile sensation of reading words printed on a page and the satisfying ‘thump’ one gets when slamming the covers of a good hardbound novel.