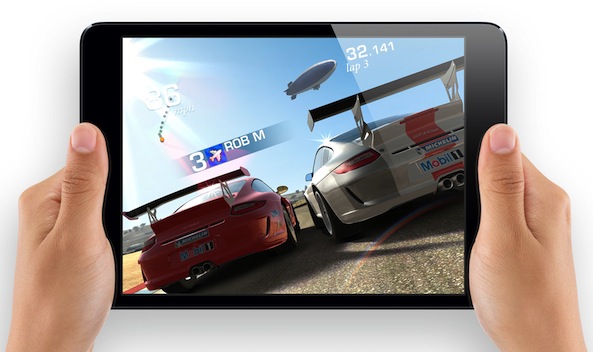 In the latest round of ‘is the iPad mini a cannibal?’ we go to Morgan Stanley’s Katy Huberty, who told investors the concern is “overblown.” Huberty says nearly half of the 7.9-inch tablets are bought by new customers. While the Morgan Stanley AlphaWise survey also found slightly fewer purchases of the iPad mini are by new tablet owners – suggesting the small tablet is taking a bite out of larger iPad sales – the risk is “manageable”, the analyst said…

Morgan Stanley bases the survey on a poll of 1,000 US consumers (via AppleInsider).

The gist: Apple’s gizmo commands the strongest retention rate in the tablet business as more then eight out of each ten iPad customers plan to stick with Apple. 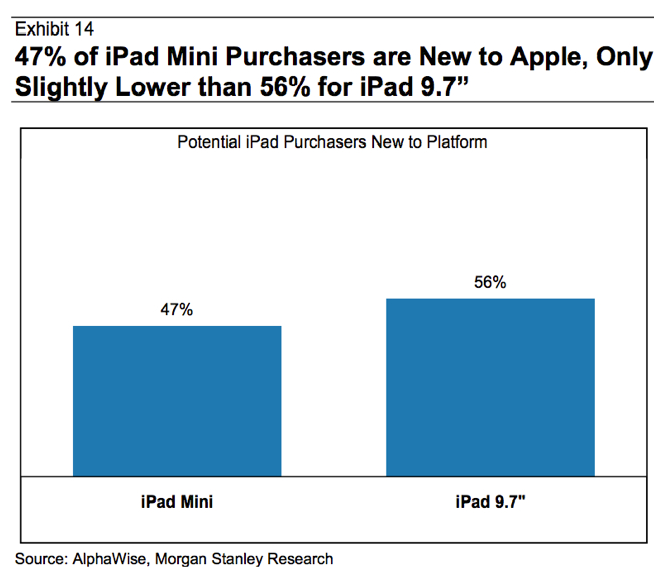 In November, Citi announced the iPad mini was actually munching on iPad 4 sales.

“While not explicitly asked, it is clear in our survey work that the iPad 4 is not selling well, cannibalized by mini sales,” Citi analyst Glen Yeung told investors.

But as we noted a month ago, the key question may not be whether one iPad is cannibalizing another iPad. Instead, how is the iPad family performing when it comes to retaining Apple users?

There, the answer is clear: the Apple halo is shining brightly. 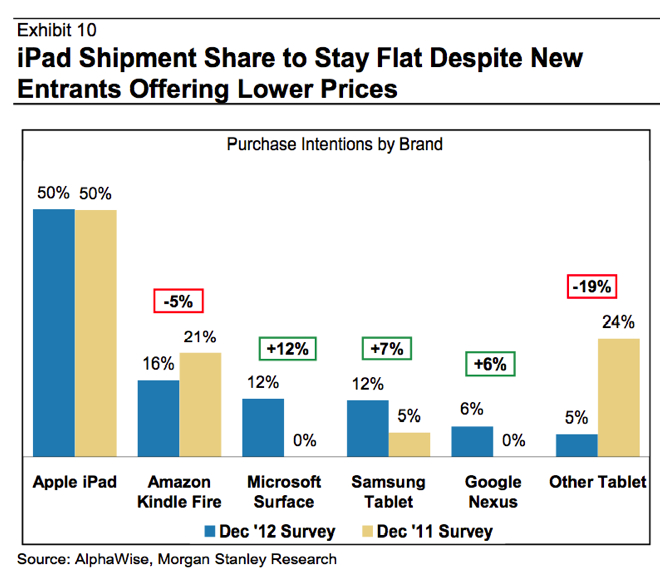 According to Huberty, a whopping 81 percent of iPad owners will buy another iPad.

At 36 percent, those consumers without a tablet are the next group intending to switch to an iPad. Among Amazon Kindle Fire owners, seven percent said they will buy an iPad. Just two percent of Samsung tablet owners say their next tablet will be an iPad.

Is your next tablet going to be some future iPad model, one of the current units or a completely different tablet brand?