Apple has just released an incremental iOS 6.0.2 update fixing issues with wireless network connections on the iPad mini and iPhone 5. According to Apple, the software “fixes a bug that could impact Wi-Fi”. Previous reports have suggested that these devices suffer from a carrier-agnostic Wi-Fi issue that could result in unwarranted cellular data usage while on a Wi-Fi network. Unfortunately, Apple does not name the exact Wi-Fi bug that has been fixed with this update…

Some iPhone 5 owners complained about limited range and issues with data speeds over Wi-Fi. Hopefully, the iOS 6.0.2 update addresses these problems. There are no user-facing features as this clearly is just a maintenance update.

This update contains improvements and bug fixes, including:

• Fixes a bug that could impact Wi-Fi

The new software arrives hot on the heels of the fourth beta of the incoming iOS 6.1 update, which was released to Apple’s registered developers yesterday.

Apple on November 1 issued the iOS 6.0.1 update (yes, you can jailbreak it) for iOS devices, fixing the virtual keyboard glitch and improving Wi-Fi reception. 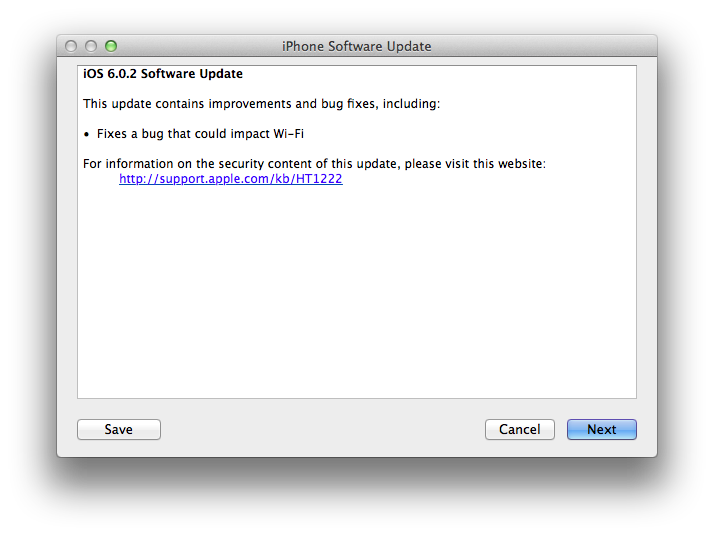 You can apply the iOS 6.0.2 update directly on your iPhone 5 or iPad mini by choosing General > Software Update in Settings.

We’ve been getting error messages when checking for over-the-air updates. If OTA is down for you, just plug your device into iTunes and click “Check for Update” to get the latest version. 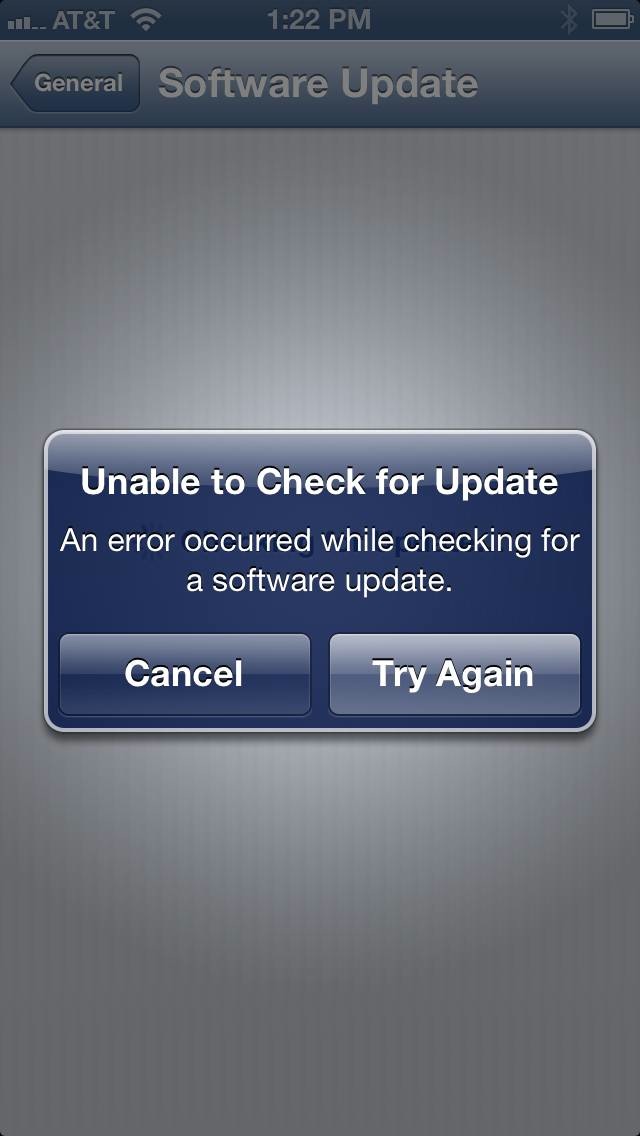 You  can also find the new firmware on our Downloads page.

Hit us in comments should you spot anything else worth mentioning.