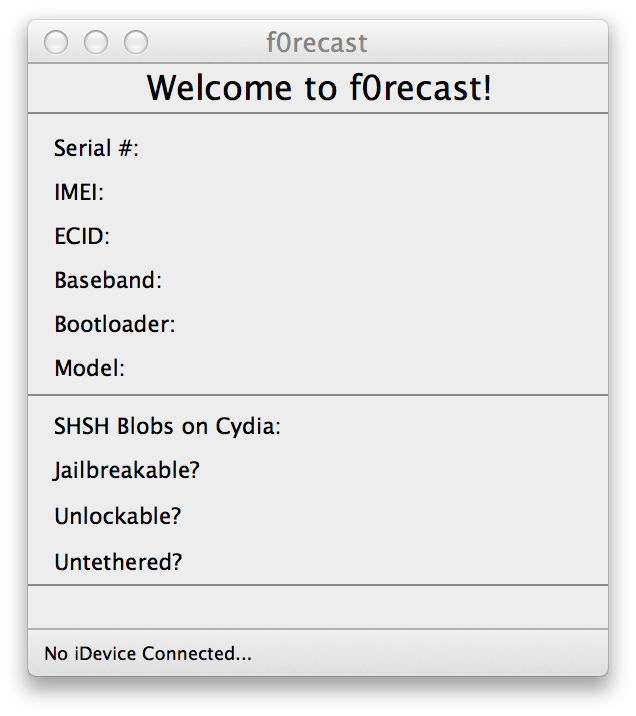 News on the jailbreaking front has been pretty slow as of late. With no release date in sight for a jailbreak compatible with Apple’s latest devices and software, it seems like the rest of the community has sort of quieted down.

This afternoon, iOS hacker iH8sn0w broke the silence by releasing an update to his popular f0recast utility. Version 1.4 of the app brings about a number of new features, including the ability to view SHSH blob availability…

In addition to being able to tell you if your device is jailbreakable or not, f0recast now:

Version 1.4 also received a few UI changes, support for the latest jailbreaking scenarios (which devices and iOS versions can be jailbroken, tethered and untethered), and lost the ability to check factory unlock status due to legality reasons.

While f0recast isn’t a crucial jailbreaking tool like Redsn0w or Sn0wBreeze, it’s not a bad idea to have it in your arsenal — especially now that it’s been updated. As usual, you can find it and other jailbreak apps on our Downloads page.