Is the glass half-full, or half-empty? Apparently, when it comes to Apple’s stock, financial analysts in Europe and Asia are born pessimists. After Citigroup Sunday downgraded the iPhone maker’s stock from Buy to Neutral, shares fell below $497 in pre-market trading Monday. This after closing Friday at nearly $510. Analysts appear to have discounted the equally-positive news this morning that Apple’s two million iPhone 5 in three days in China broke a record…

“Traders in Europe and Asia seem to have preferred the bad news to the good,” wrote Philip Elmer-Dewitt at Fortune’s Apple 2.0 blog. Unclear is whether the trading was sparked by humans or simply a case of a high-frequency algorithm with a thing against Apple.

The slide in trading is the first time Apple shares have fallen below the $500 mark in Europe and Asia. In February, boosted by news the iPhone maker was more valuable than Microsoft, the firm’s shares rose. In fact, Apple’s iPhone business alone in August became worth more than all of Microsoft’s combined businesses. 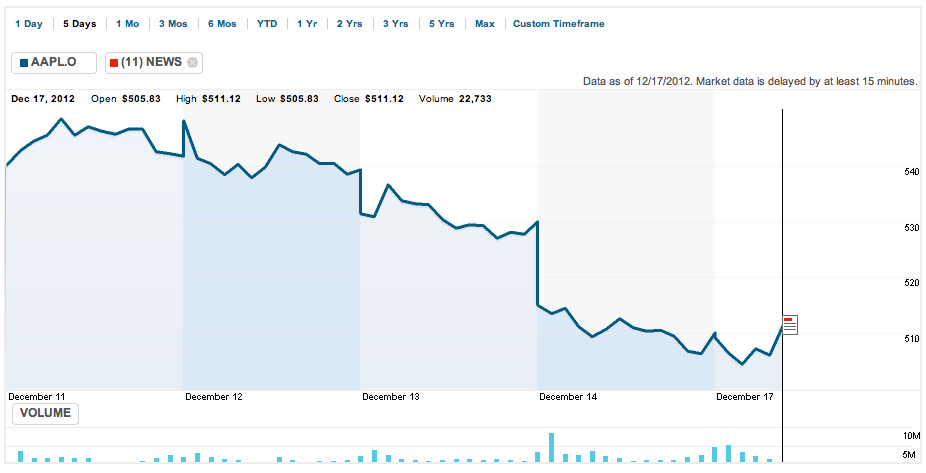 Sunday, Citigroup’s Glen Yeung issued the downgrade, citing increased competition – particularly by Samsung – against the iPhone and iPad. While Apple share recovered somewhat in early trading (hitting $508.03 by 10:13), some Wall Street observers  cut their target share prices on Apple, although maintaining a “Buy” rating on the stock.

Last week, there was some talk that Apple could release the iPhone 6 in June, signaling a return to its traditional mid-year product unveilings. Apple recently had introduced products in September and October, prompting some observers to ask whether the late starts put the company at a disadvantage against competitors.

Apple stores in China were not packed to the gills when iPhone 5 hit China due to snowy weather and people buying them from carriers.

Of course, this is not the first time speculation has driven Apple stock performance. After a September marked by record iPhone 5 pre-orders, Apple stock hit $700 per share.

Apple shares then fell 18 percent on concerns that the iPhone 5 was selling as well as expected. Following a resurgence, Citi’s Yeung attempted to bolster confidence in the iPad maker, telling investors Apple stock was set to rebound by 20-50 percent. 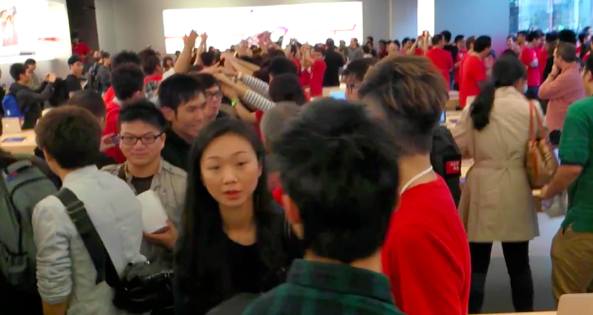 Lost in the concentration on potential bad news was word that Apple sold in China more than 2 million iPhone 5 handsets in the first three days it was available. As is the roller-coaster path of these surges in confidence and disappointment, the positive sales news appeared on the heels of  muted interest by China, hinting that Apple’s Asian strategy had already derailed. 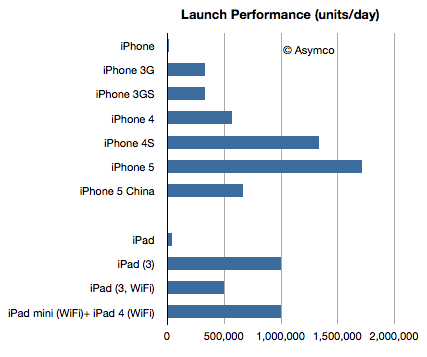 It’s likely these wide swings in Apple investments will continue. As the company’s stock grows in importance, assuming a larger portion of investment portfolios, Apple actions and product news will cause financial repercussions felt in Wall Street, China and elsewhere.

Is there any way to slow these wild stock swings in Apple?