Whenever one parts with one’s hard-earned cash in order to get one’s hands on a shiny Apple device, there’s always people questioning the buyer’s sanity.

The inevitable ‘Apple tax’ every now and then raises its ugly head through click-bait blog posts.

Even more worryingly, this non-topic somehow manages to find its way into write-ups of traffic-hungry newspapers. You can now totally put Reuters on your list of sensationalist media outlets. The otherwise respectable news gathering organization yesterday published an article titled ‘Your Money: The “Apple Tax” – America’s costly obsession’.

As you may have guessed, the article exploits the Apple tax meme and aims to prove that Americans are spending way too much money on Apple devices. Please, I thought we’ve long gone beyond criticizing buyers for their purchasing decisions.

Unless you’re enchanted by Apple, the world’s greatest marketing machine, and have no clue why you bough that ‘overpriced’ gadget in your pocket, save yourself time and skip the Reuters story.

Those who have been struck by buyer’s remorse in the past, listen up as Chris Taylor, a Reuters contributor, educates us on the so-called ‘Apple tax’:

The analogy of an Apple tax might sound facetious, but think about it. Median U.S. household income was $50,054 in 2011, according to the Census Bureau. That means a sizable chunk of that is getting diverted to Apple headquarters in Cupertino.

Remember, this is not something that consumers are being forced to pay. They are dipping willingly into their own pockets, because they’re essentially slaves to the devices.

“Slaves to their devices”?

So, let me get this straight: Reuters, of all media organizations, thinks Apple should be the fall guy for the poor state of your family budget?

Last time I checked, all of my Apple-totting friends bought their Macs, iPhones and iPads because they deemed Apple devices a good value for money. Those are the people who know their gadgets inside out. And, they all came from the Windows world. 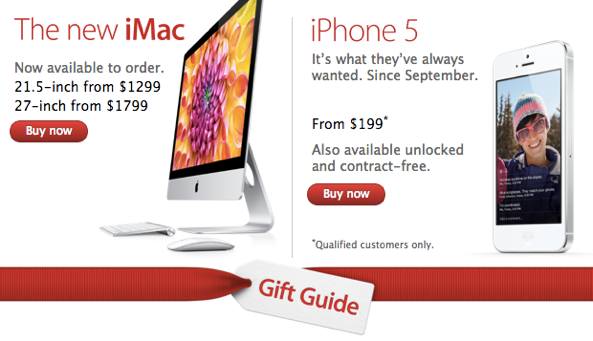 Have we as a society really become mindless drones and slaves to Apple devices?

It’s not like Apple puts a gun against a person’s head, threatening to pull the trigger unless they pull a credit card out of their pocket. Yet to Reuters, folks spend more each year on Apple products due to the “unexpected Apple taxes”, which in their view means music, movies and games on iTunes, along with subscriptions and accessories.

I doubt a prospective Apple buyer is totally oblivious to the fact that iTunes and other content stores offer free and paid warez. I also am pretty sure Apple Store employees listen to customers’ needs rather than shove gadgets down their throat just to earn their bonuses, like they do at some other places I won’t name here.

Best Buy is getting just as bad as Walmart. Their one and only iPad mini demo unit was pretty much chained to the table

And what’s up with accessories?

It’s like saying that an average cell phone or tablet buyer is being pushed into buying a case or a sleeve they otherwise wouldn’t have purchased. Reuters’ write-up implies that Apple somehow hides this “tax”, forcing people to plunk down their money into apps and accessories.

This immediately comes into mind.

Reuters can try all they can proving that Apple users are a dumb bunch unable to pick a needle from the haystack. I think the opposite is true. And unlike other people’s confusing product lines, Apple’s entire lineup is beautifully simple. 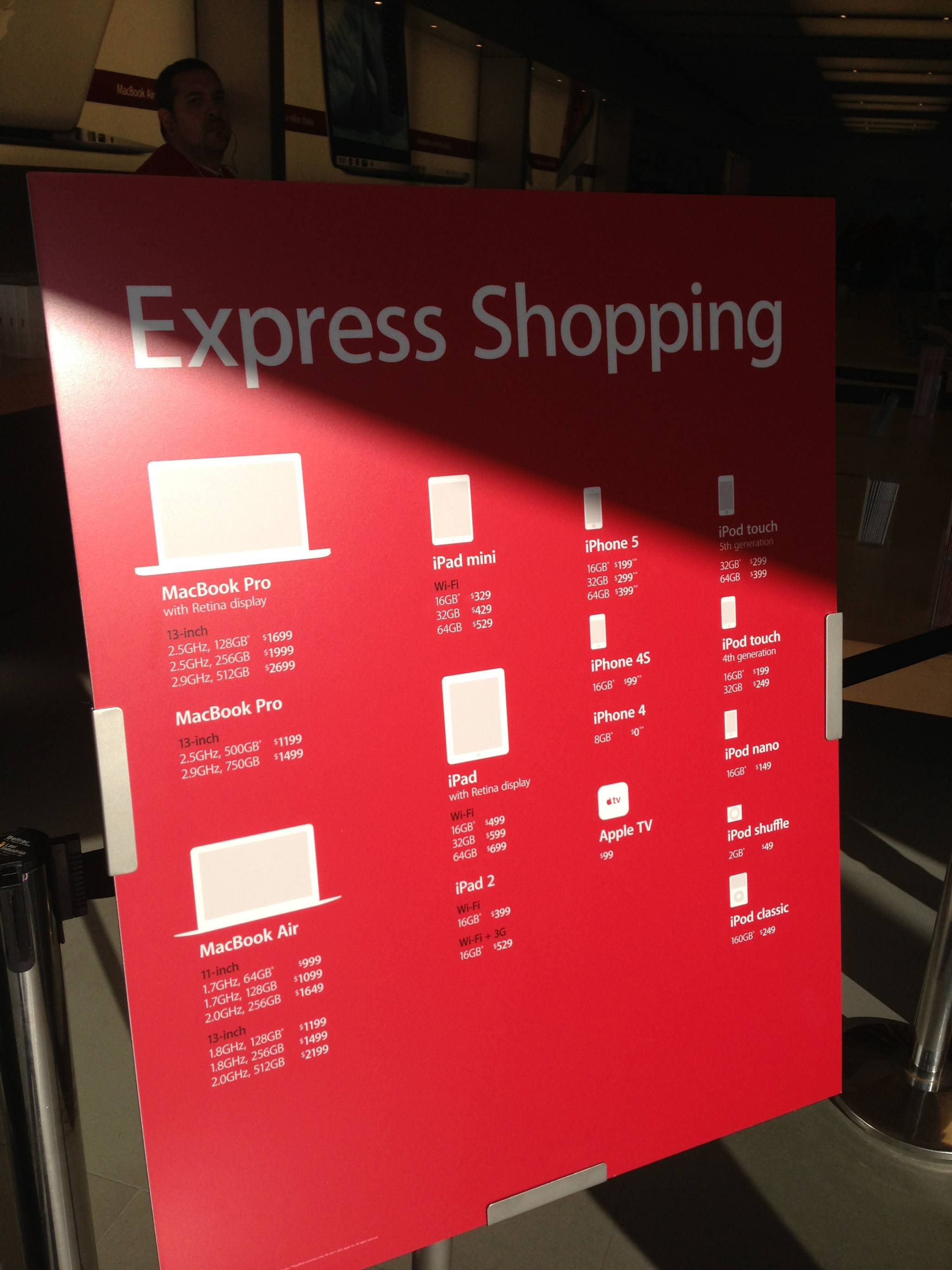 Look, nobody’s saying that Apple is an inexpensive brand because it’s not. Apple products cost money and the so-called Apple tax reflects the added value and seamlessly integrated experiences they enable. 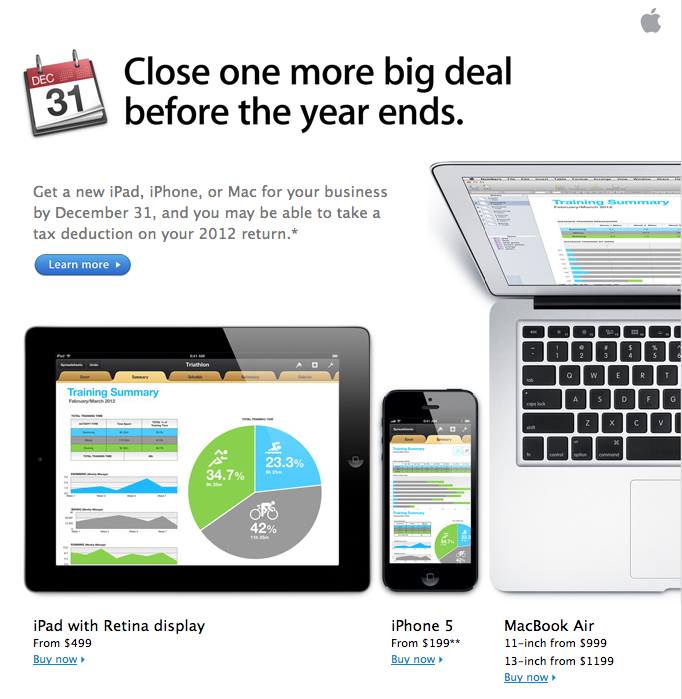 Are you Apple’s bitch, too?

But, as is the case with all quality things in life, it costs money.

I have no problem admitting that Apple’s products command a premium, but there’s definitely an important distinction between being pricey and overpriced. Reuters knows it and yet they couldn’t resist publishing such a stupid click-bait.

And this passes for journalism these days? 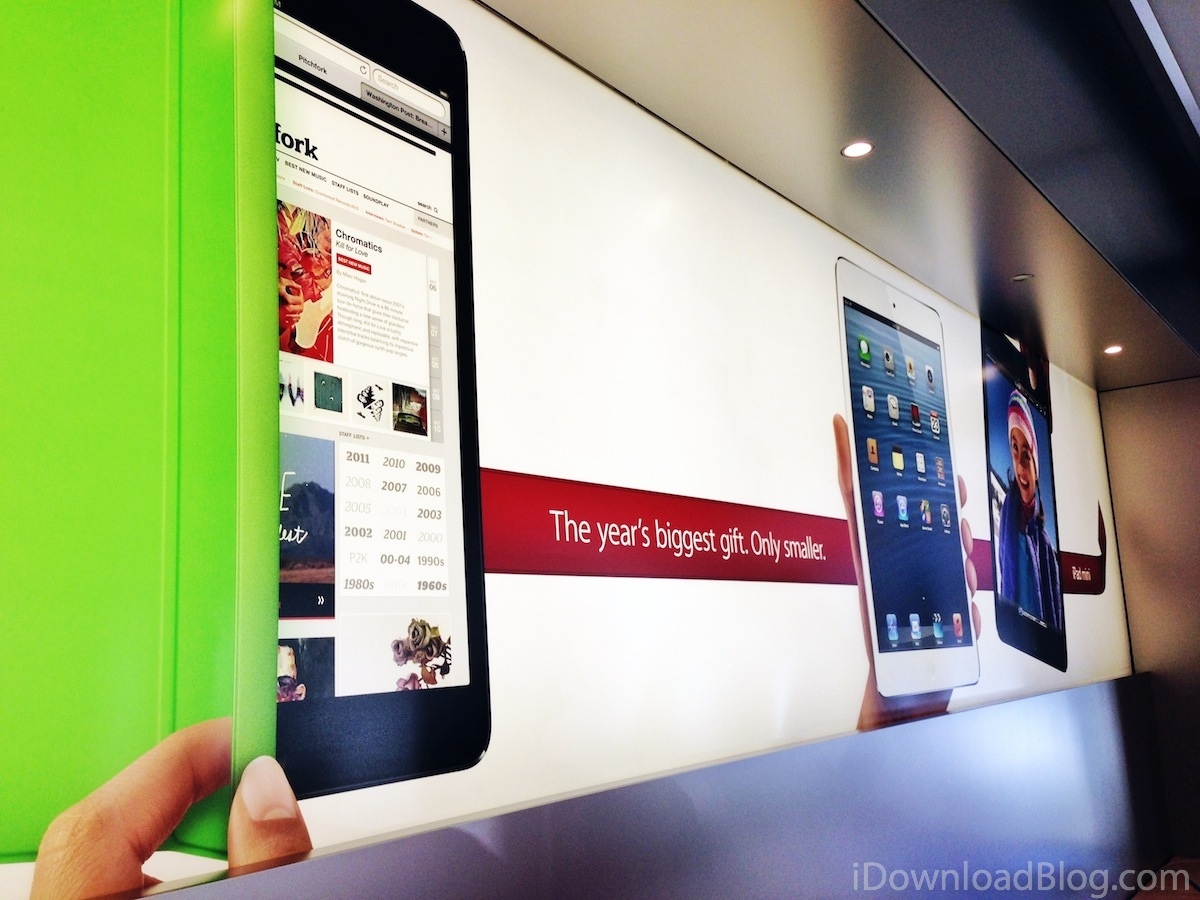 Even if “Americans are shelling out big bucks annually to outfit the entire household with Apple products”, how’s that newsworthy? Who the heck cares if a certain group of people spends more money buying certain products than they can afford? 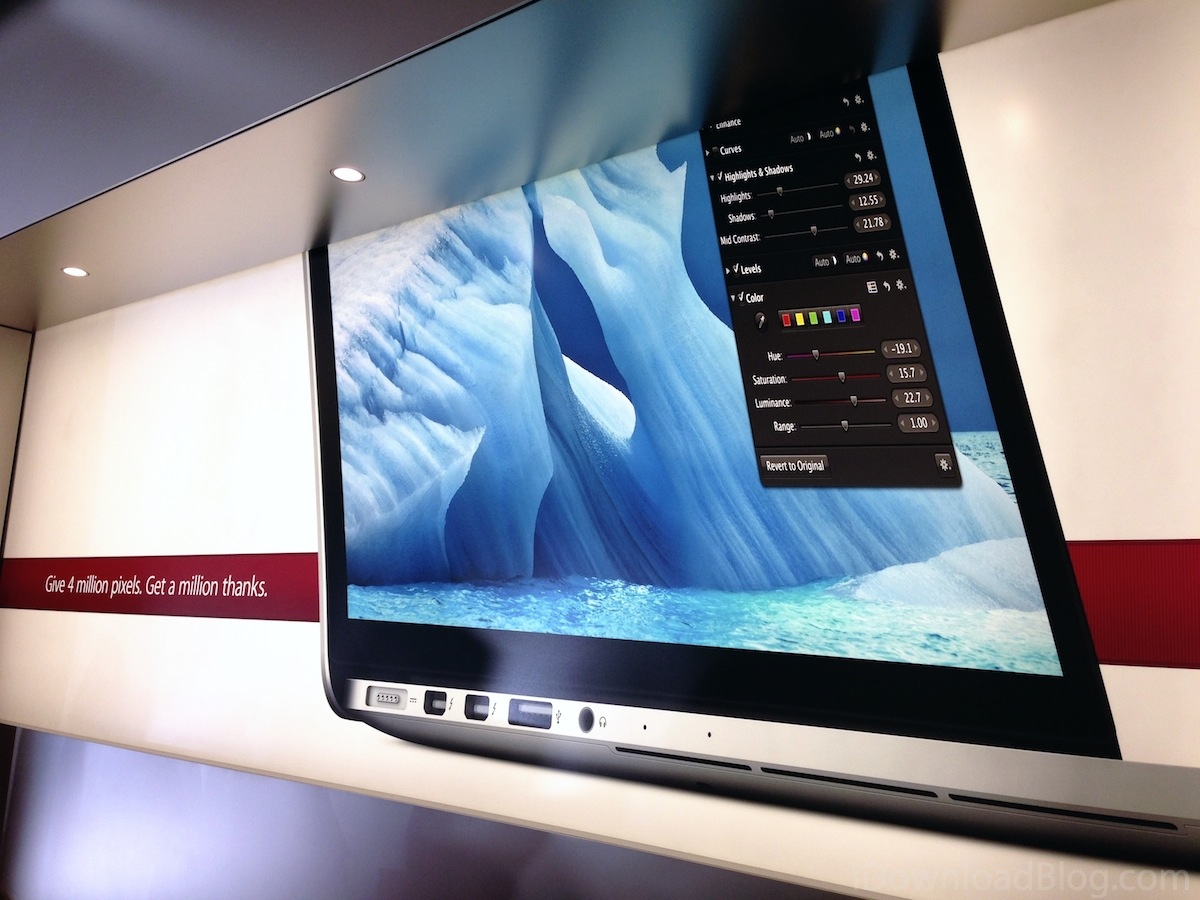 I can’t help but love Apple’s in-store banners, a different one for each product.

It’s a personal finance issue rather than a problem the general public should be rallied around.

In the grand scheme of things, I’d be more worried about this.

By the way, I’d bet my ugly sweater somebody out there is plotting ways to cash in on that joke as we speak.

Anyways, I love Reuters and track their technology channel as part of my blogging routine, but this particular story has been ticking me off so I had to share my feelings with you.

There’s more of the same at the source link so please indulge yourself if you will.

The rest of us will be waiting for you down in the comments.