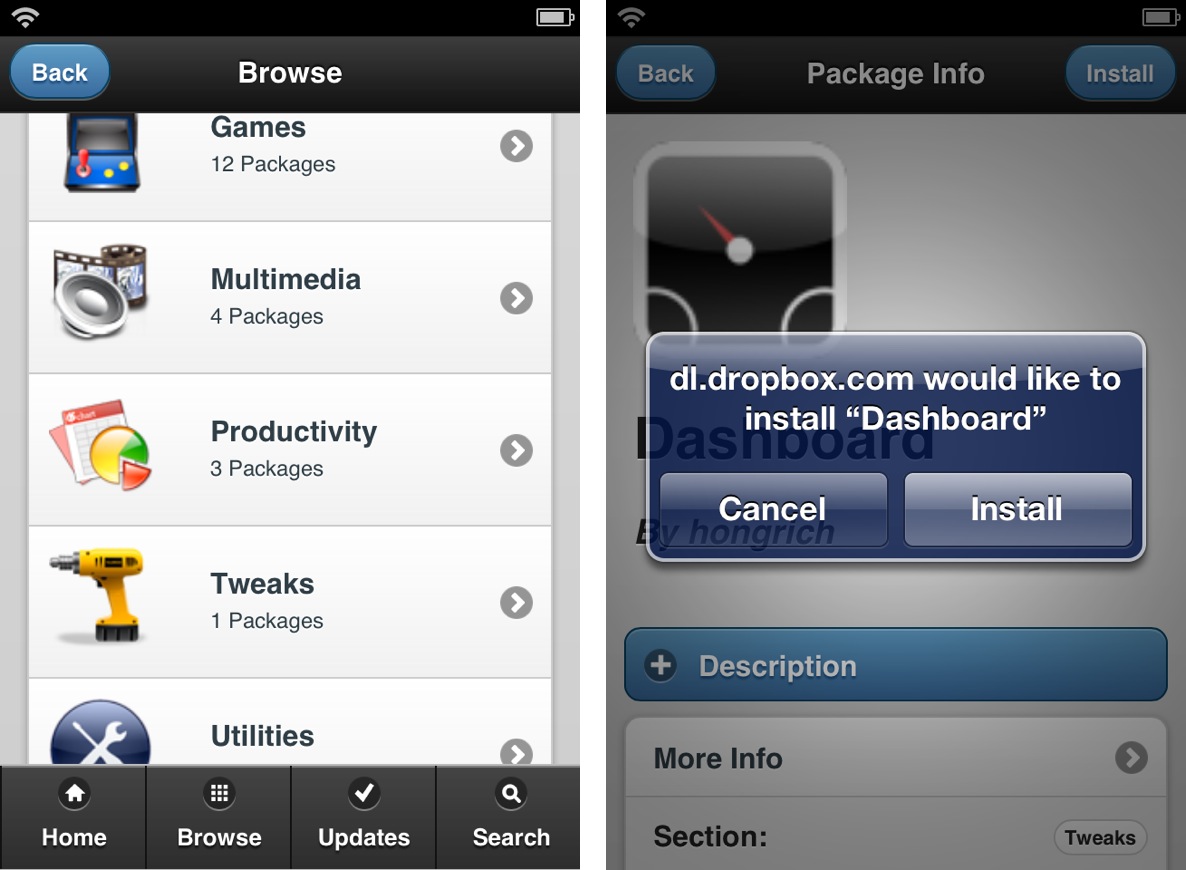 First, let me just say that this rant isn’t strictly about Weblin. It’s about any such service — past or future. Please read this before trying to create the next Cydia alternative.

I speak totally for myself when I say this, but I’m sick and tired of these so-called Cydia alternatives. They are usually slow, unresponsive, and serve no real purpose. Not only that, but they potentially leave you at risk security wise, and their legality falls somewhere in a grey area.

Weblin is yet the latest such “alternative”. Now this review isn’t meant to be harsh. Okay, who am I kidding, it is meant to be harsh, but it’s in no way trying to disrespect an obviously talented developer behind the project. The problem is that these alternatives serve no purpose. They don’t do anything that Cydia doesn’t already do 100 times better, and for that reason they are pointless to me.

You’ll see what I mean inside. Take a look as I take Weblin for a spin on video…

At first, the thought of a web based alternative to Cydia seems cute. It was in the beginning, but after three or four failed attempts, the schtick is becoming old. Cydia itself is going through a sort of dry spell lately, but it’s leaps and bounds above any web based alternative. There is nothing that a web based alternative offers that does anything better than Cydia. The closest we’ve ever come to a true Cydia alternative was Rock app, a tool that wasn’t web based, and was eventually bought out by Cydia.

This post isn’t to downplay or to overly criticize the obviously talented efforts by the folks behind Weblin, or any other decent looking alternative out there. My beef stems from the fact that there’s no software, tweaks, or apps available on these alternatives that aren’t already available on Cydia.

If someone made an original alternative, beefed up the app and tweak repertoire, and then decided to publicize their efforts, collect donations, etc., that would be one thing. It’s a whole another ordeal when one publicizes their half baked efforts before they have anything even slightly compelling to show off.

Sadly, Weblin fits the aforementioned description to a tee. It’s a Cydia alternative that features virtually no apps or tweaks. It’s slow, cumbersome to navigate, and it’s subject to many crashes in my experience with it. Many of the tweaks or utilities that I was able to successfully install simply didn’t work.

I hate to sound overly harsh, but there’s really no other way to describe it. Weblin, like every other so-called Cydia alternative that came before it, is nothing more than a glorified technical demonstration that shows off the possibility of installing apps and tweaks via a web based interface.

If you want to give it a try for yourself, then head over to weblininstaller.com, follow the instructions, and let me know what you think about it once you’ve taken it for a spin. Just don’t say I didn’t warn you.