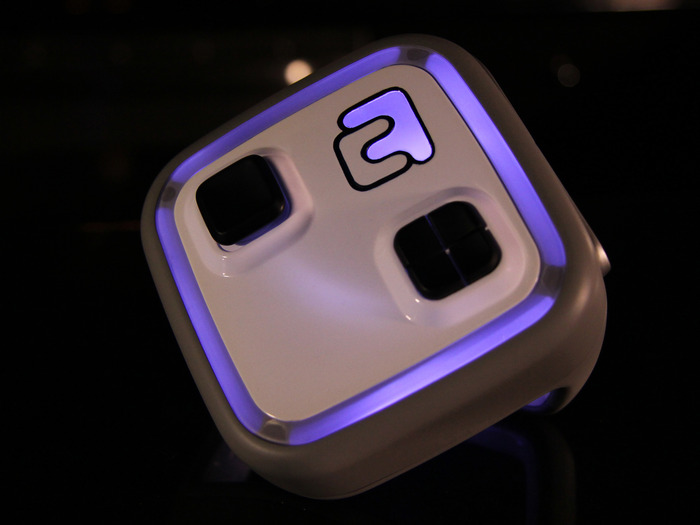 Traditional console gaming never truly engages those participating in the game. Those playing the game on any given console, even a Wii, never actively work together or play a game in a given space away from the couch. Combiform looks to shatter conventional gaming with its new handheld-console system that even interacts with iPhone. The system, which is a unique patented technology, encourages multimodal interaction because it is not only a toy, but also a video game accessory with exciting possibilities…

As the Kickstarter developers explain,

We look back fondly on all games, even those that we’ve played outside of the Television- games embedded in to the culture, like Freeze Tag, Twister, or Bop-it. Even party games like Beer Pong. These simple, people-oriented games are often just as fun as digital games. That’s why we’ve created a controller that will allow for the best of both worlds.

The combinable controllers include a motion sensor, joystick, and 4-button traditional button layout, while rare earth magnets physically link up to four controllers for engaging gameplay. Thanks to an open SDK, there should be a plethora of games being added by individual developers after an official launch, further varying the personal interaction.

To involve Apple products, including both iOS and OS X, the Combiform controllers interact with Apple hardware to enhance gameplay and offer additional value. The controllers will be able to manipulate apps designed solely for use with official App Store apps and do so via cross-platform Bluetooth. In addition to using iPhones and MacBooks as an interactive device, they can also be used to pass video through from the Combiform controller to a TV using additional hardware components.

Combiform looks like a great new gaming system and a pledge of $92 will score you a complete set of four units and three games of your choice. The Kickstarter project needs $90,000 to reach its funding goal with only $4,000 currently pledged. With less than 20 days to go, act fast to support Combiform in its mission to transform gaming and the way we interact with our iOS and OS X devices.

What do you guys think? Personally, I would like to see one in person first, but the video looks like it could be a great new toy. Meet me in the comments below.