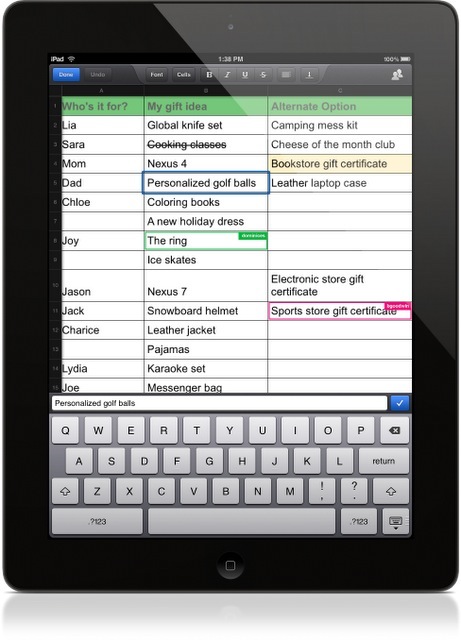 What’s more, the software now finally allows for rich text copy-paste within a document and registers itself as a system-wide handler for uploading to Drive from other apps using the “Open in…” prompt.

Just in time for this year’s holiday season, you can edit Google Sheets on your mobile device, just like you can with Google Docs. From the Drive app on your iPhone, iPad or Android device, you can create a new spreadsheet or edit an existing one.

So spreadsheets are called “Sheets” in Google’s terminology? 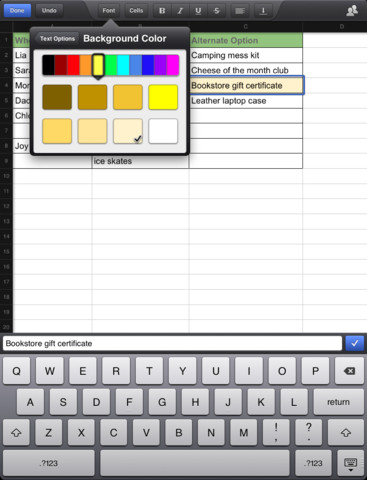 You can switch fonts, resize columns, sort data, and more.

This is rich text editing in action. 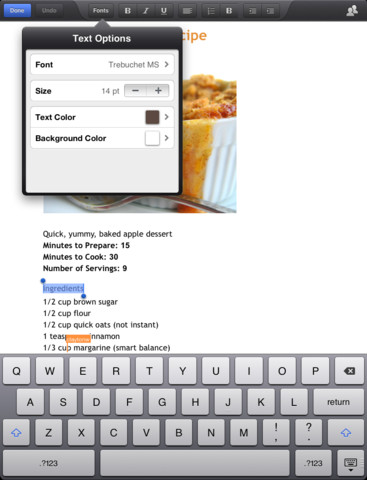 And when you’re collaborating with others, the program updates the document with other people’s edits in real time, as they’re made, just like on your desktop. Unfortunately, the Drive app still doesn’t support native editing of Google presentations, though that’s something likely to be implemented in a future update.

On a related note, the search giant yesterday announced an interesting Drive/Gmail integration allowing Gmail fans to attach Drive files up to ten gigabytes in size to an email message, which is 400 times larger than the traditional Gmail attachment limit of twenty megabytes.

Android and iOS fans can grab their respective Drive update free from the Play Store and the App Store.

Google is certainly refining the Drive app continuously and I think Dropbox should be worried.