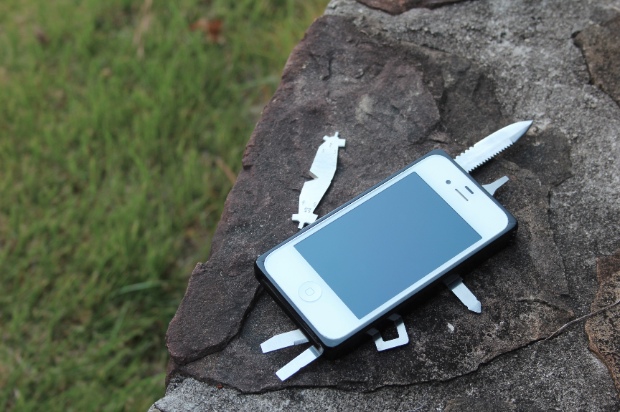 Smartphones are often referred to as Swiss Army knives. They’re digital cameras, and movie players. And with their vast app selections, there’s little else they can’t do — much like the popular pocketable multi-tool.

But the new TaskOne case takes the term a little more literally. With its built-in 2.5″ drop point blade, bottle opener, wire cutters and host of other tools, it actually does turn your iPhone into a Swiss Army knife… 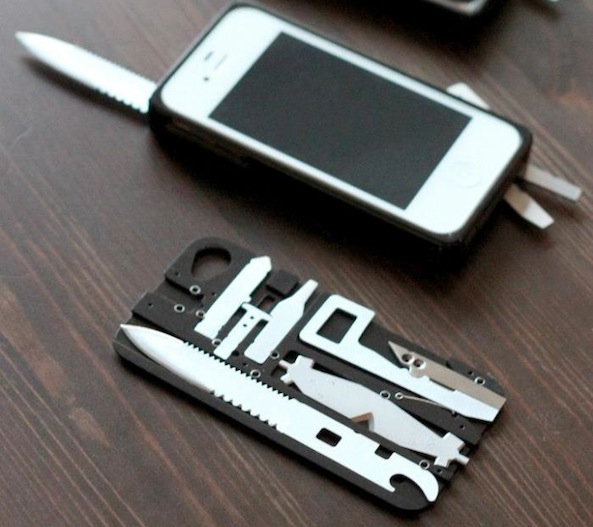 The TaskOne is the brainchild of Addison Shelton, a former Apple engineer. He describes the case as a “super sleek shell with more functionality than James Bond’s watch.” And judging by its feature set, he’s right.

Believe it or not, the case includes the following tools:

The tools are housed in a machined aircraft aluminum enclosure and each one is secured via a custom spring assembly. To use one of them, simply slide up, or over, its corresponding switch on the back of the case. 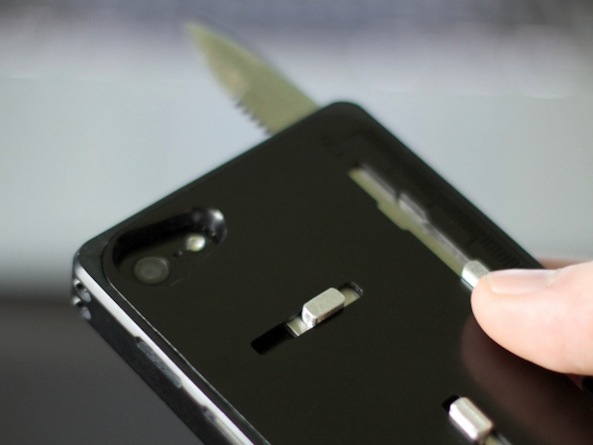 Shelton says that the tools are built to be used, and are designed to withstand the abuse of real life. He assures they’ve been tested, retested, and tested some more for their appearance, functionality and performance.

If you’re interested in the case, you’ll want to check out its indiegogo page (similar to Kickstarter). A pledge of at least $75 gets you a TaskOne for your iPhone 4/4S or 5. The accessory should start shipping in April.

I think Mr. Shelton has done something really cool here, marrying all of these tools with an iPhone case. And while I probably won’t be getting one myself, I can see daily pocket knife/iPhone carriers giving it a shot.

What do you think of the TaskOne?