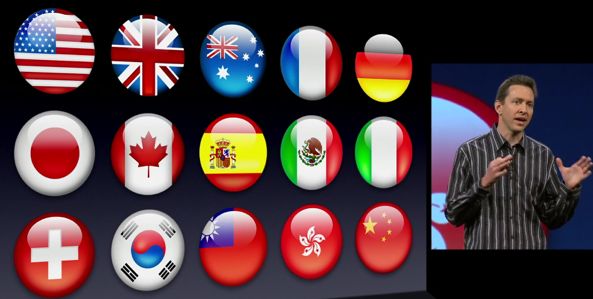 For better or worse, Siri, Apple’s digital secretary, hasn’t been in the news lately. But that doesn’t mean Apple’s given up on her. According to a recently discovered and pretty interesting job listing on the Jobs at Apple web site, Apple is seeking a bunch of Cloud Services Interns who are fluent in several languages, indicating the company is actively working on Arabic, Danish, Dutch, Finnish, Norwegian and Swedish versions of Siri. The iPhone maker could also be looking to additionally enable new dialects of Chinese, French and Korean…

Belgium web site a-n-v.be (via 9to5Mac) points us to an Apple job listing, originally posted to Apple’s website on November 13. 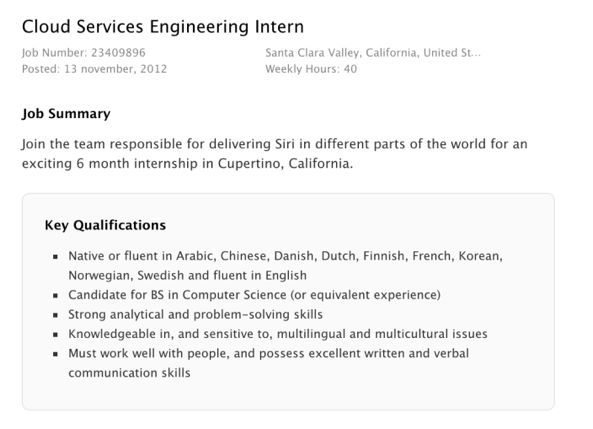 The wording makes it pretty clear:

Join the team responsible for delivering Siri in different parts of the world for an exciting 6 month internship in Cupertino, California.

So there you have it: Apple is still serious about Siri.

9to5Mac notes that the listing is also seeking folks fluent in Korean, Chinese, and French, “which could be to bring dialects of those languages to new regions”.

As you know, Apple’s boss Tim Cook recently did some corporate re-shuffling, appointing Eddy “The Fixer” Cue who took on the additional responsibility of Siri and Maps.

Note that credible sources claim Siri and Apple Maps are also in the works for the Mac with OS X 10.9, the next major revision to Apple’s desktop operating system.