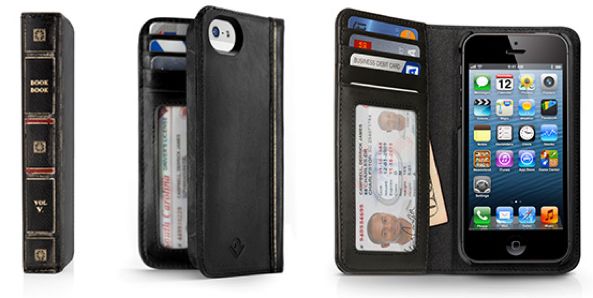 Twelve South’s BookBook case for the iPhone with its built-in wallet, leather-wrapped frame and Harry Potter-like design stands out among an endless sea of sleeves and cases polluting the market on a daily basis, with just a handful focused on practicality.

Jeff reviewed the original BookBook for iPhone last year and came away impressed by the overall functionality and build quality. This summer, Twelve South re-released the popular iPhone case in Classic Black and refreshed the Vintage Brown version. And finally, now the company has updated the accessory for the iPhone 5 form factor…

It’s everything you’ve come to expect from Twelve South, just tailored to the iPhone 5’s taller form factor. For the uninitiated, these cases are hand-distressed using high-quality leather to give each a slightly different appearance.

As the images attest, BookBook combines your wallet and an iPhone case into an awesome vintage-style solution that’s bound to turn heads. It also provide easy access to all the ports and buttons on the side of the device. And unlike the original version, the iPhone 5 one finally has a hole for the back camera.

Laid flat on the table, the case looks like a small journal. Flip it open to reveal your device firmly attached on the right side by the leather-wrapped frame. On the left is a built-in compartment for keeping up to four credit cards and IDs, along with your driving license and a few dollar bills.

Should you happen to carry rewards cards, airline cards and loyalty coupons, don’t worry about flattening your wallet because Apple’s Passbook app comes to the rescue. And don’t be deceived by the looks: one can easily place and receive phone calls by folding the covers back-to-back, without pulling the device out of the case.

The ID window has a convenient thumb slide so you can quickly take your ID out at the airport. Another great feature: Find My iPhone = Find My Wallet.

Check out Twelve South’s nicely done ad for the original iPhone case, from a year ago.

The official Twelve South blog highlights a customer-made BookBook mod with the leather laser-etched on the front and back.

Twelve South is offering the BookBook for iPhone 5 right now, available in Classic Black and Vintage Brown. The case retails for $60 and can be bought from Twelve South’s online store. First shipments are due to commence on Monday.

You may also be interested in my review of the BookBook for MacBook Air, published last year on 9to5Mac. If it means anything, it’s the only case I happen to use to this date, here’s a nice image. 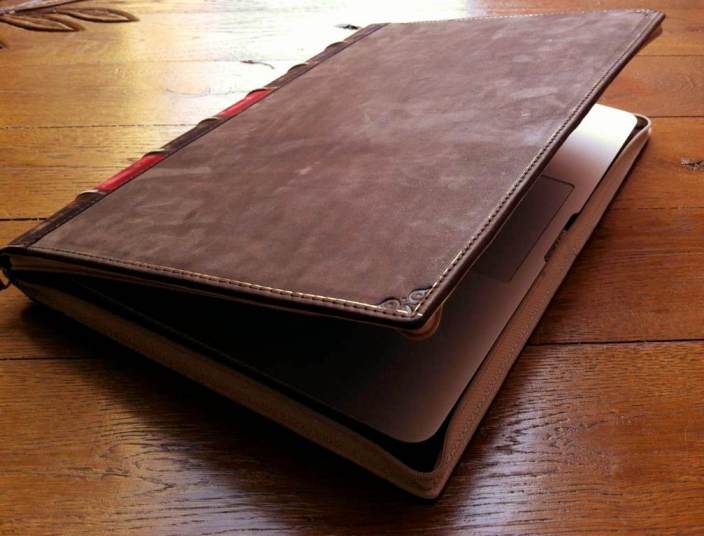 Better yet, the hollowed-out book trick captivates folks every time I pull my Air out of it. And just to be clear here, I generally detest cases for Apple gear because I’m one of the guys who think the company’s world-class industrial design deserves to be shown rather than concealed.

That said, Twelve South’s cases for most part are on a whole new level of usability.

If you own one of their products, I’d be interested to hear your thoughts down in the comments.