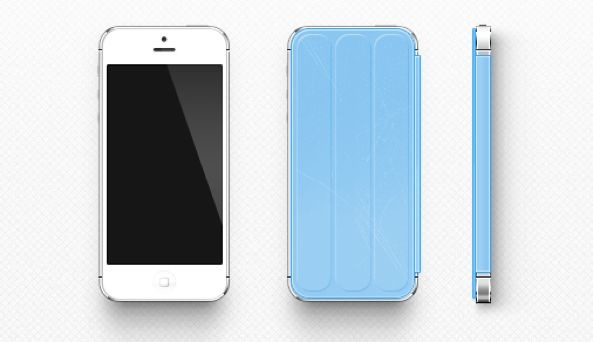 Wish someone made this. Apple makes the Smart Cover for the full-size iPad and the iPad mini so why not for the iPhone 5? Designer Adrien Olczak, the brains behind this intriguing concept, rightfully points out that someone should “do this and take my money”. His idea is unlikely to become a reality in this form, even if it cries for Kickstarter.

Now, I don’t know about you but I really dislike screen protectors because they’re bad for multitouch performance more often than not. And as head-turning as designs of regular covers are, they’re tough to remove and hide the handset’s beautiful design, which is actually my main gripe with the sleeve industry in general…

Kudos to Matthew Panzarino of The Next Web for highlighting Olczak’s concept.

Of course, such a smart cover could never work with the iPhone 4S because it doesn’t have magnets inside. As for the iPhone 5, maybe its metallic body could lend itself to this becoming a reality, but imagine nicks and scratches from putting on the cover.

Does this concept has legs?

Would you buy the official iPhone Smart Cover from Apple?