We relayed word mid-October that Apple would hold a two-day discussion with third-parties in Shenzhen, China the following month in order to discuss terms an guidelines pertaining to Lightning-compatible accessories that bear the Made for iPhone / iPod / iPad (MFi) program logo. In spite of secrecy, one publication has learned a few topics that are being discussed at the meeting.

For starters, Lightning I/O is waterproof. So, knowing the dynamically assigned pins of the Lightning connector won’t corrode or degrade if dunked into water should make you feel good. I’m just taking a wild guess here, but it’s quite possible Apple made this move to appease a cottage industry around waterproof accessories. More tidbits below the fold…

Another welcome news: Apple will be requiring MFi vendors to abide by its own supplier responsibility code. That’s the first time Apple imposed its manufacturing code of conduct upon the accessory industry.

TUAW, which reported on other details that have leaked out from the meeting, explains:

Pushing it out to the larger accessory ecosystem would be a concrete example of Apple using its 800-pound-gorilla status in the consumer electronics space to influence more companies to behave ethically on worker rights, environmental issues and more.

No word of other MFi policy changes was known at press time, like eventual penalties for non-compliance. It’s been said that some vendors are re-considering their MFi status as they ponder whether adopting Apple’s required code of supplier responsibility may be worth the effort. 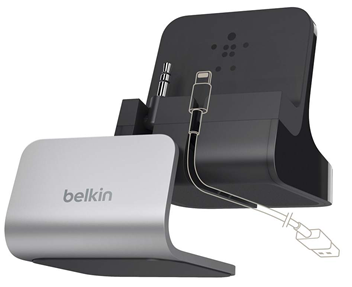 Belkin is the first vendor to make sanctioned Lightning accessories.

The report also speculates that U.S.-based accessory makers could be in a slightly better position in terms of compliance over those in China.

If you ask me, Apple tightening terms of business and requiring makers to produce accessories in an environmentally-responsible and ethical manner is a positive step in the right direction.

The $1+ billion accessory biz has always been a money-printing machine.

And just as Apple’s suppliers saw a nearly one-third surge in profit on new Apple launches, so will the accessory biz see a significant uptick now that Lightning is a new iOS device I/O standard.

Remember, Apple rapidly rolled out Lightning across the entire refreshed iOS lineup so a lot of people will be buying compatible accessories to plug into that port. Ensuring accessories for mobile gadgets are made ethically should be a top priority of the industry as a whole and not just Apple.

In fact, to my knowledge Apple may be the only company to impose strict manufacturing requirements on accessory vendors.

What do you think about that and Lightning being waterproof?