Google Wallet, a mobile payment system from the search giant, has gained little traction over the past 18 months since its inception, mostly due to limited merchant and carrier support in the U.S. To solve this, Google is rumored to be on the verge of launching a physical card that will work in conjunction with the Wallet service to replace all plastic in your pocket.

The move should help the Wallet service pick up steam and might even establish the search monster as one of the biggest players in the mobile payment industry. Indeed, one card to rule them all with the elite Google Wallet physical card…

The Android Police blog last week posted pretty authentic looking screenshots from an unreleased version of the Google Wallet Android app, proving that the physical Google Wallet card will indeed replace all your plastic cards. You will simply authorize your credit and debit cards for use with the Wallet service and then use your plastic Google Wallet card to pay for in-store purchases with a swipe. 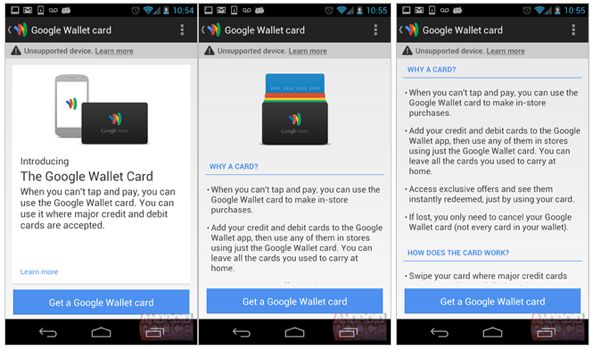 TechCrunch points us to a support document on the official Google Wallet web site which lists eligible devices. Turns out that all devices running Android 2.3.3 or higher will be able to run the Google Wallet app and use it with the physical Google Wallet card.

This is important on many levels. 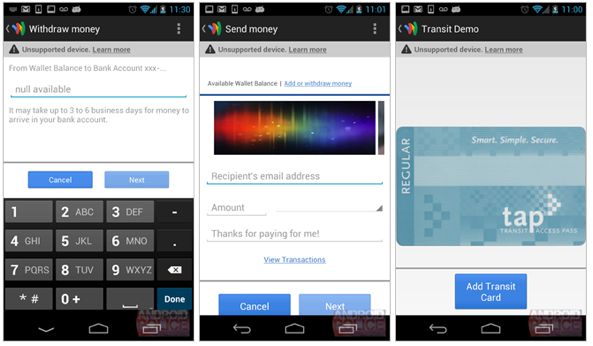 Firstly, this means near-universal compatibility because at press time more than 80 percent of devices had Android 2.3.3 or higher installed, according to Google’s data.

Secondly, the physical Google Wallet won’t require specific NFC-enabled phones and NFC-enabled point-of-sale terminals – it should be accepted on any regular terminal that accepts popular credit and debit cards, solving availability concerns in one fell swoop. 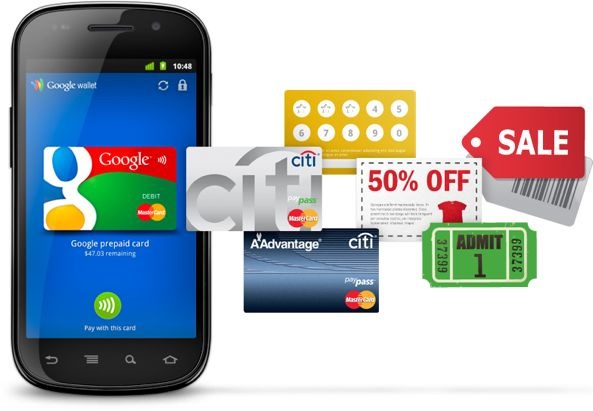 And thirdly, the Google Wallet card completely bypasses carriers who attempted to block the Wallet service on their network. What’s more, there’s nothing they can do about it. Verizon, AT&T and T-Mobile USA have established their own payment system called ISIS, with an accompanying Android app currently supporting phones like the Galaxy Nexus, LG Viper 4G LTE, LG Optimus Elite and various Galaxy S III flavors.

It also doesn’t hurt that you’d only be canceling one card in case your wallet is stolen rather than a whole bunch of plastic cards.

Google promotes Wallet as an open mobile payment service which encompasses payment providers, carriers and banks. Based on Near-Field Communication (NFC) technology increasingly found on high-end phones, the system lets folks store their many cards (debit, credit, loyalty and gift cards) on their cellphone and use the Wallet app to make secure payments by tapping their device on any PayPass-enabled terminal at checkout.

It’s interesting Google has no plans to charge users or merchants for the service. Instead, the company’s business model involves offering sponsored ads and offers to the users.

So, where does this leave Apple?

Club Cupertino for most part chose not to play in the mobile payment market, despite the 400+ million iTunes accounts with credit cards enabled for one-click purchasing. The company insists that Passbook, a new iOS 6 app, was not conceived as a direct payment product.

Passbook, as you know, simply collects your digital coupons, loyalty cards, airline and concert tickets and more in one place. Still, with Google, carriers, credit card issuers and banks all eyeing this hugely lucrative market, it’s hard to escape a notion that Apple must be working on its own mobile payment solution in secrecy.

Another thing to consider: Google could easily offer its service to Apple users via a Wallet iOS app, but Apple has a final say over letting such a piece of software exist on its platform.

At any rate, should Google submit a Wallet iOS app and Apple reject it, this will be a tell-tale sign that the iPhone maker is after all working on a similar service for iPhone users.

Should Apple roll out a fully-featured iWallet shopping solution, with credit cards and everything?