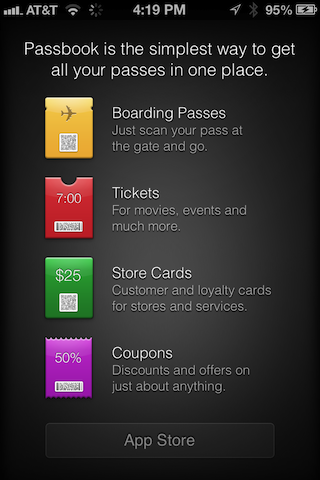 If you’ve been using iOS 6 beta, they you’re probably pretty familiar with the default Passbook screen that prompts you to open the App Store. Prior to iOS 6’s release just a few hours ago, the App Store page wouldn’t load, or at the very most remained blank.

Today, all of that changes. If you open the App Store link from the Passbook app, you’ll be presented with a introductory list of apps that currently support the fledgeling venture. 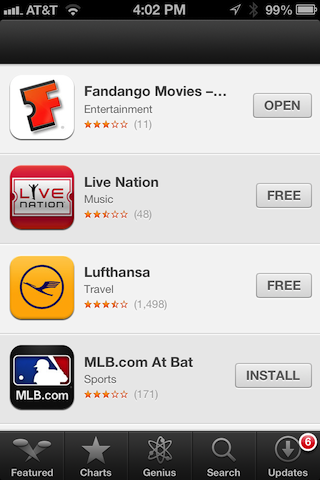 The list of the currently supported apps are as follows:

Since the possibility of me using most of those services is low, I decided to take the safe route, and download and install the Walgreens app. I mean, c’mon, there’s a Walgreens on every corner, isn’t there?

Upon initially loading the app, I was presented with a pop up outlining the new Passbook integration. It looks like Apple has indeed worked closely with the developers of this inaugural list apps. 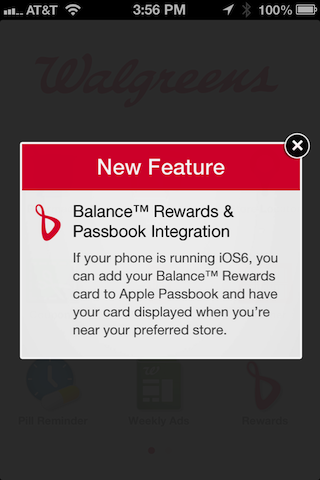 After logging in (as it turns out I already have a Walgreens logon for some bizarre reason) I was able to easily create a new Walgreens Balance Rewards account. This would, in turn, allow me to create a rewards card that I could add to Passbook. 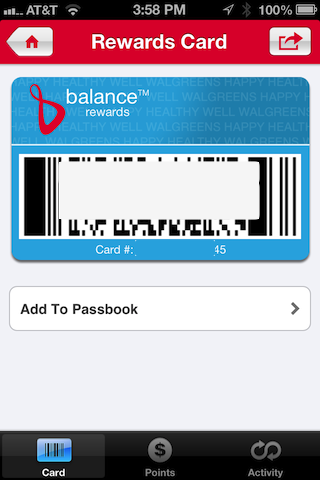 Once I selected the option to add to Passbook, I was prompted to select my preferred Walgreens location so that Passbook could display my Balance Rewards card using location services, when near a store. Pretty slick. 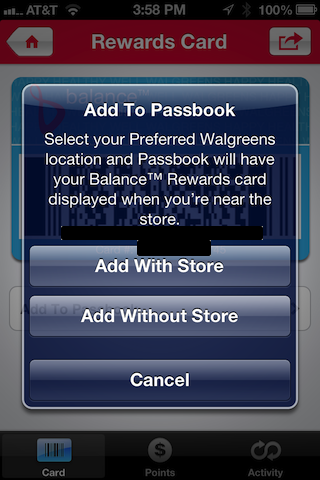 After those initial steps were completed, I was presented with a final version of my rewards card, coupled with an option to add it to Passbook via a blue confirmation button in the upper right-hand corner. 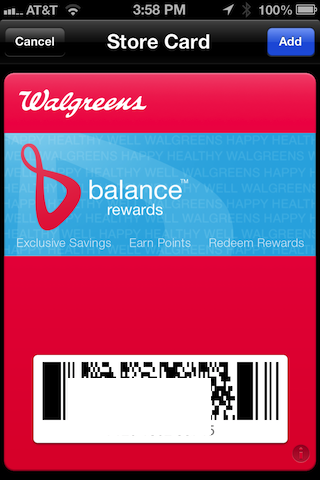 After adding the card to Passbook, I exited the Walgreens app, and opened Passbook. There sat my lone card — the Balance Rewards card from Walgreens — complete with barcode. 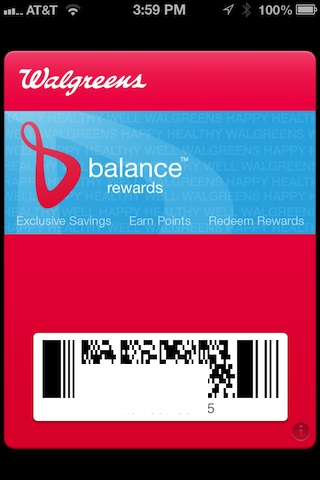 Tapping the information button in the lower-right corner of the card flips the card over to showcase additional options. These options include a link to open the installed Walgreens app, and two toggle switches — one for Automatic Updates, and one to Show On Lock Screen when location services sees that you’re near your preferred store. 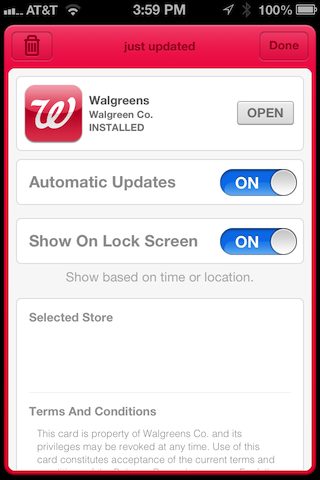 Now I have a pretty firm grasp as to how Passbook will work going forward. First, you create the Passbook card inside an app, or on a website, and then you add the card to Passbook from that app or website. Undoubtedly, more and more stores with loyalty cards will hop on board. As time goes on, I see this becoming extremely popular, both with consumers and companies. 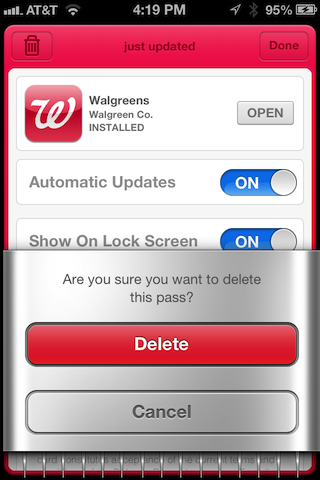 Is it better than NFC? Well, no. That’s a whole different beast in itself. But I think you can definitely make the argument that it’s more useful than NFC given our current environment, and lack of storewide support with regard to (POS) point of sale devices. Passbook is certainly the more conservative road to travel, and makes it possible for a much higher adoption rate among both consumers and companies. 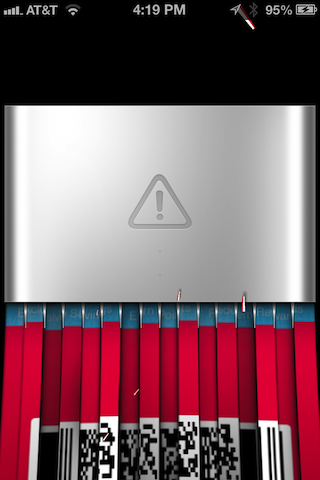 What do you think about Passbook thus far?