Chitika summoned the data from its 200,000 mobile websites and some 4 billion ads to bring you its latest report on mobile web traffic. The advertisement firm does this every couple of months to give some insight on which mobile devices folks are using to browse the web.

Surprise. According to the latest numbers, which come from data pulled between September and October, Apple’s iOS devices are still very much ahead of Samsung and other competitors. In fact, they account for more than 65% of the mobile web traffic in North America… 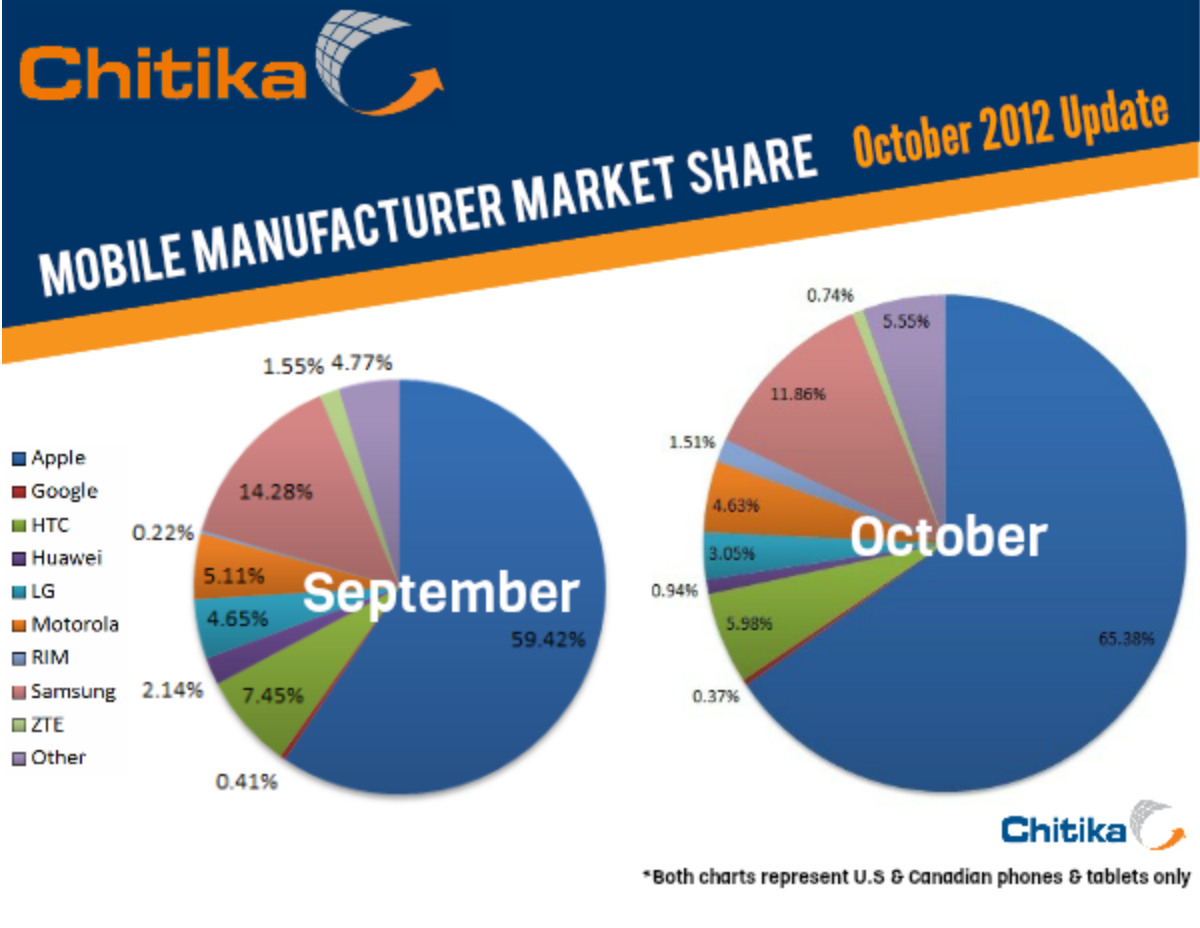 Apple’s share of mobile web traffic has risen nearly 6% over the last two months, bringing its total share of mobile web browsing to 65.38%. As TechCrunch points out, this is likely attributed to the release of new mobile products, including the iPhone 5 and the new iPod touch.

The jump caused a decrease in shares from the other manufacturers, but Samsung easily took the biggest hit. The Korean company’s devices dropped from 14.28% in September to 11.86% in October. It’s also worth noting that RIM’s share of mobile web browsing actually increased 1% during that time.

People often wonder why Apple always seems to lead studies like this (not just Chitika), when Google says that they are seeing more than 1 million Android device activations a day. Some attribute it to the fact that more folks use their iOS devices for web browsing than Android users.