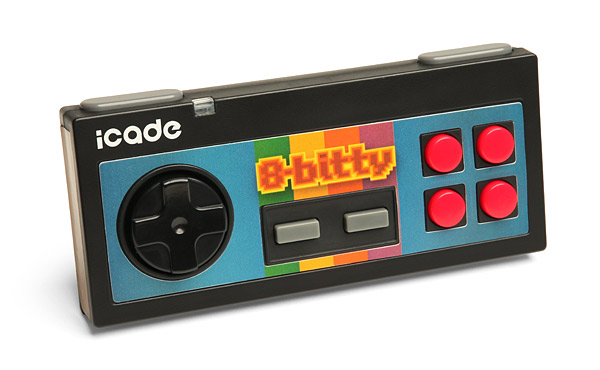 I recently got my hands on an iCade 8-Bitty Bluetooth controller from Think Geek. The controller harkens back to the 8-Bit days with its boxy design, hence its name.

The 8-Bitty plays nice with all iOS devices, and even works with Android phones and tablets as well. Take a look inside as I unbox the controller, and check back soon for a more in-depth review…

For $29.99, you get the 8-Bitty controller, and not much else. Batteries are not included. The 8-Bitty is probably one of the most widely supported 3rd party controllers for iOS devices that money can buy, though, as you’ll note later in my review, that isn’t exactly saying a lot.

Have you tried the 8-Bitty yet?