Whereas many complained about the iPad 3’s relative lack of processing power when compared to the iPad 2 (in some cases, the iPad 2 outperformed the New iPad due to the strain placed on it by the Retina Display), you will not have that problem with the latest iPad iteration.

As Primate Labs points out, some of the first Geekbench scores are beginning to make themselves available online, and it paints a telling picture about the horsepower inside the iPad 4’s inconspicuous casing…

Here are the scores from the last three iPad releases. You may click on each benchmark image for a full readout of the entire benchmark. 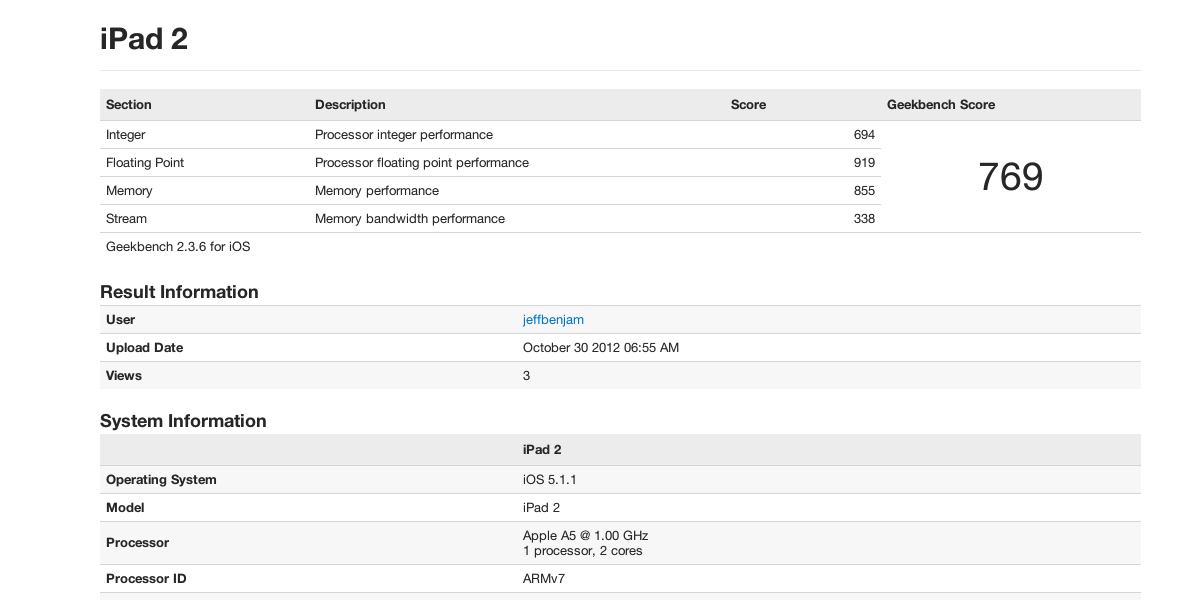 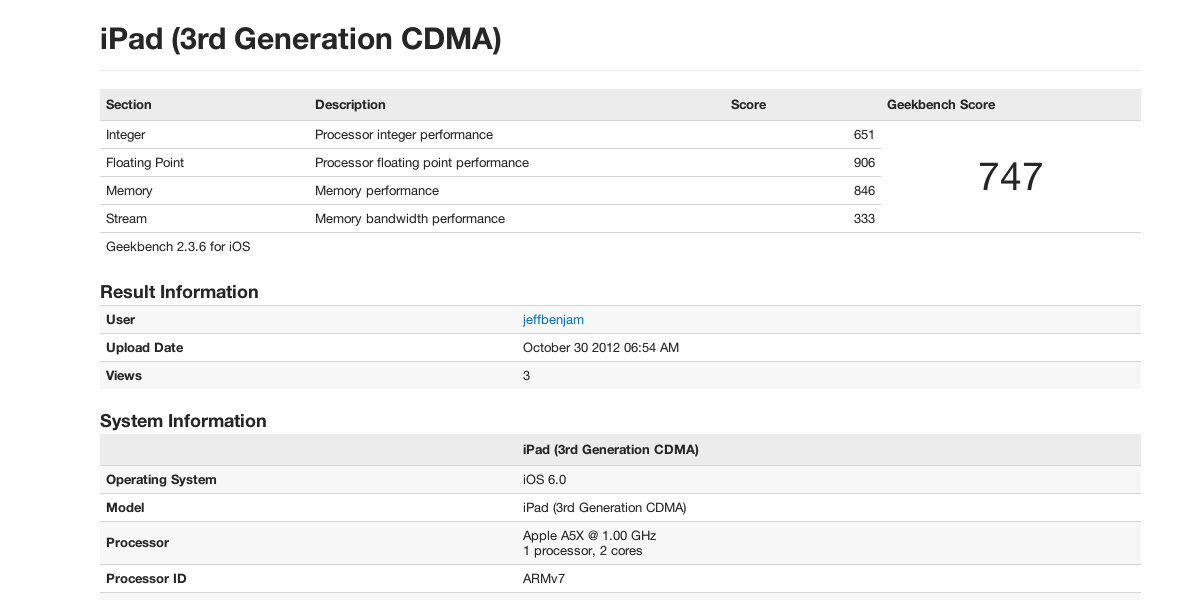 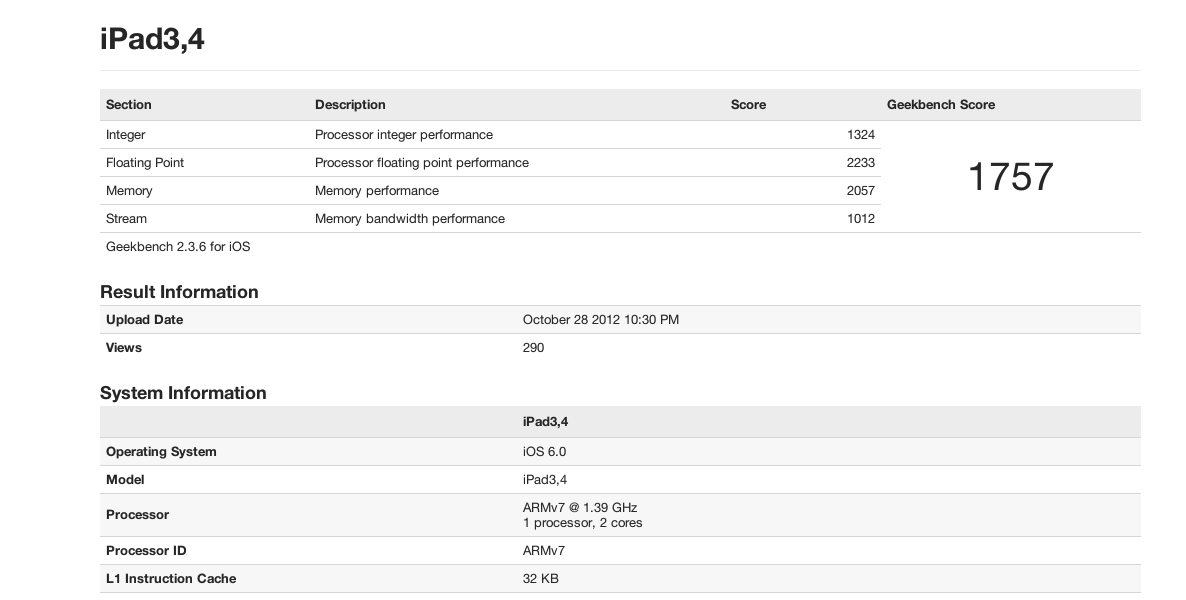 While both the iPad 3 and the iPad 4 both pack in a gig a RAM, it’s obvious that the faster A6X chip, which clocks in at a hair under 1.4Ghz, runs circles around its predecessor. According to Apple, it delivers up to twice the CPU and graphics performance of the A5X chip, and these benchmarks prove as much.

What do you think? Despite the short period of time between releases, are you glad that Apple went ahead and updated the iPad?