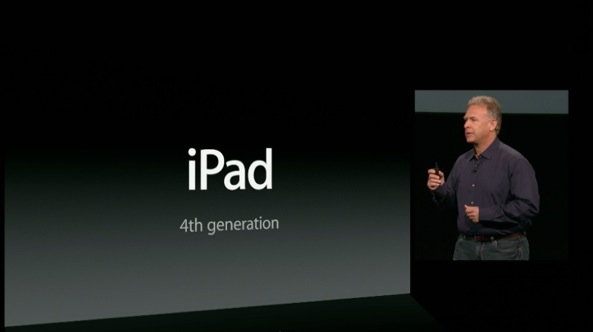 Apple’s long-expected media event is underway at San Jose’s California Theatre and the company’s boss Tim Cook just announced the fourth-generation iPad, ending months of speculation and rumor mongering. Stay tuned as we update our coverage with more details regarding the device…

“We know we are just getting started”, Cook said before inviting marketing honcho Phil Schiller to show off the new iPad. It’s basically twice the performance with some new features for the same price.

It’s got the new A6X chip with twice the CPU and GPU performance. Also expected, this retooled iPad 3 features Lightning I/O and has better support for 4G LTE bands so it should support fast cellular networking in more place around the world.

Tim Cook stunned the audience announcing that Apple sold its hundred millionth iPad two and a half years since its launch.

That’s just mind-boggling and an important milestone for such a new product.

Yes, the tablet revolution is happening and Apple is at the forefront of it. 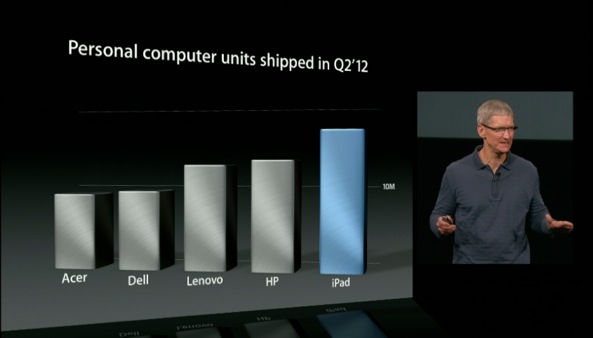 In fact, Apple sold more iPads than any other computer manufacturer sold PCs in the June quarter. 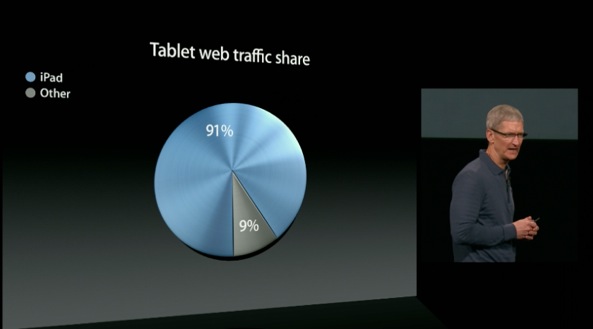 Feel free to post your initial observations and thoughts down in the comments.