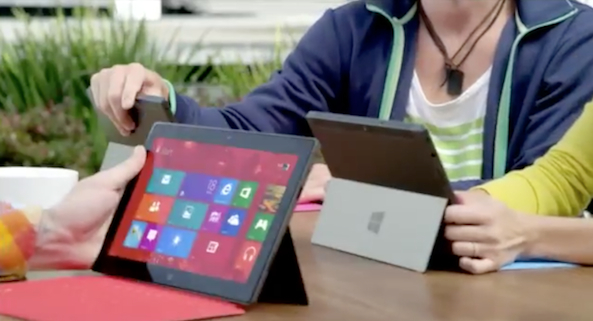 We’ve been covering Microsoft’s Surface and other competing tablets quite extensively here at iDB because we believe Apple is not an isolated isle and it pays to keeping tabs on what your competition is doing. Now, a 32GB Surface RT matches a 16GB iPad 3 in terms of price, both costing $499. That said, Surface RT users will wind up having less storage space available because the operating system and bundled apps require a significant amount of storage. It almost comes close to installing a Windows on a PC…

This comes via a Reddit thread (via DaringFireball) dealing, where Microsoft’s Test Manager for Surface RT responded to a question regarding free space on a 32 GB Surface RT:

After the OS, OfficeRT and a bunch of apps, you will still have more that 20GB. As you say, you can always add an SD card and while you cannot add apps there, you can get music, movies and photos there.

As you know, each Surface includes a preview build of Office 2013 Home & Student Edition, to be updated to the final version for free once it’s available.

It wasn’t immediately clear exactly how much storage space the Surface OS itself requires.

Microsoft has said a lot of dubious things in the past. Just yesterday, another Microsoft exec tried to make the case for the Surface’s 1,366-by-768 display being crisper than the iPad’s Retina display at a whopping 2,048-by-1,536 pixel resolution screen.

Apparently “doing a side by side with the new iPad in a consistently lit room, we have had many people see more detail on Surface RT than on the Ipad with more resolution”, per Microsoft’s response in a Ask Me Anything thread on Reddit.

As for system requirements, even with OfficeRT “and a bunch of apps” taken into account, more than ten gigabytes of storage will be wasted for these components. 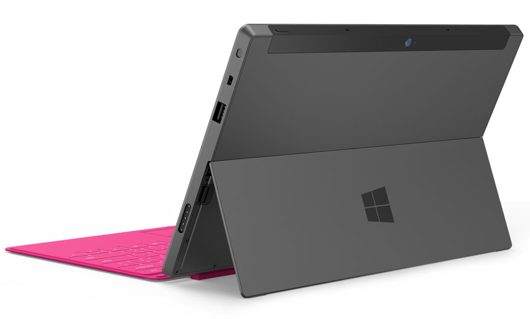 In my view, this seems nuts.

Compared this to iOS that requires a mere gigabyte of storage – with all of the stock apps included.

Apple, of course, with iOS has taken its desktop operating system and stripped it of all unnecessary assets to keep its footprint small, both regarding the amount of RAM necessary to run smoothly and in terms of free space required to store the operating system’s files.

I don’t know, 10+ gigabytes just for the Surface OS, OfficeRT and a bunch of apps seems like a massive waste of storage space, wouldn’t you agree?