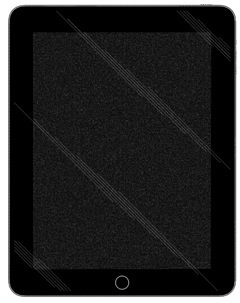 We know Apple often patents stuff just so rivals couldn’t patent the same invention. That’s what other companies are doing as well. But Apple, more than any other company, depends on being able to protect its ideas and leverage patents to prevent copycat products from eating into its sales. The iPhone maker has been on somewhat of a patent spree lately and today has been granted a key patent for design of the original iPad tablet computer…

It’s interesting that the document cites additional references dating as far back as the early 1990s and includes links to news reports touching upon the various aspects of Apple’s iPad design.

Apple submitted this patent filing to the USPO on January 26, 2010. The following day, Steve Jobs at Apple’s media event introduced the iPad.

The patent grant lists as its inventors, among others, late CEO Steve Jobs, former Apple designer Shin Nishibori whom the company hired from Sony to create one of the early iPhone prototypes, Duncan Robert Kerr (his name also comes up across a few hundred other Apple patents) and Apple’s prized design guru Jonathan Ive.

This is just one in a series of 32 patent grants in total that surfaced yesterday in USPTO’s database. Some of the other patented ideas include an interesting concept of an alternative to NFC, one describing a 3D remote for a future Apple TV or an HD TV set (jives well with an analyst’s prediction basically saying that the mythical iTV is actually an intelligent TV remote), as well as a bunch of location and camera-related patents.

To learn more about these important patent grants, check out PatentlyApple’s exhaustive analysis (here and here).

Though the timing of this patent grant is conspicuously close to the Surface debut next Friday, Apple is unlikely to assert this patent against Microsoft.

For starters, Apple has recently licensed its design patents to Microsoft. The two firms have a patent cross-licensing agreement which prohibits Microsoft from manufacturing copycat products.

Now, despite the obvious physical similarities between the Surface tablet and the iPad, the significant visual and design differences between Windows 8’s tablet interface and iOS honor the “anticloning” agreement.

More than anything, today’s patent grant is another nuclear deterrent in Apple’s war on Android.

Of course, you may wonder how on Earth anyone could get a patent on such a basic rectangular design, but that’s the patent system we have today and Apple’s obviously adamant to take full advantage of it.

If it hadn’t, its rivals certainly would have.